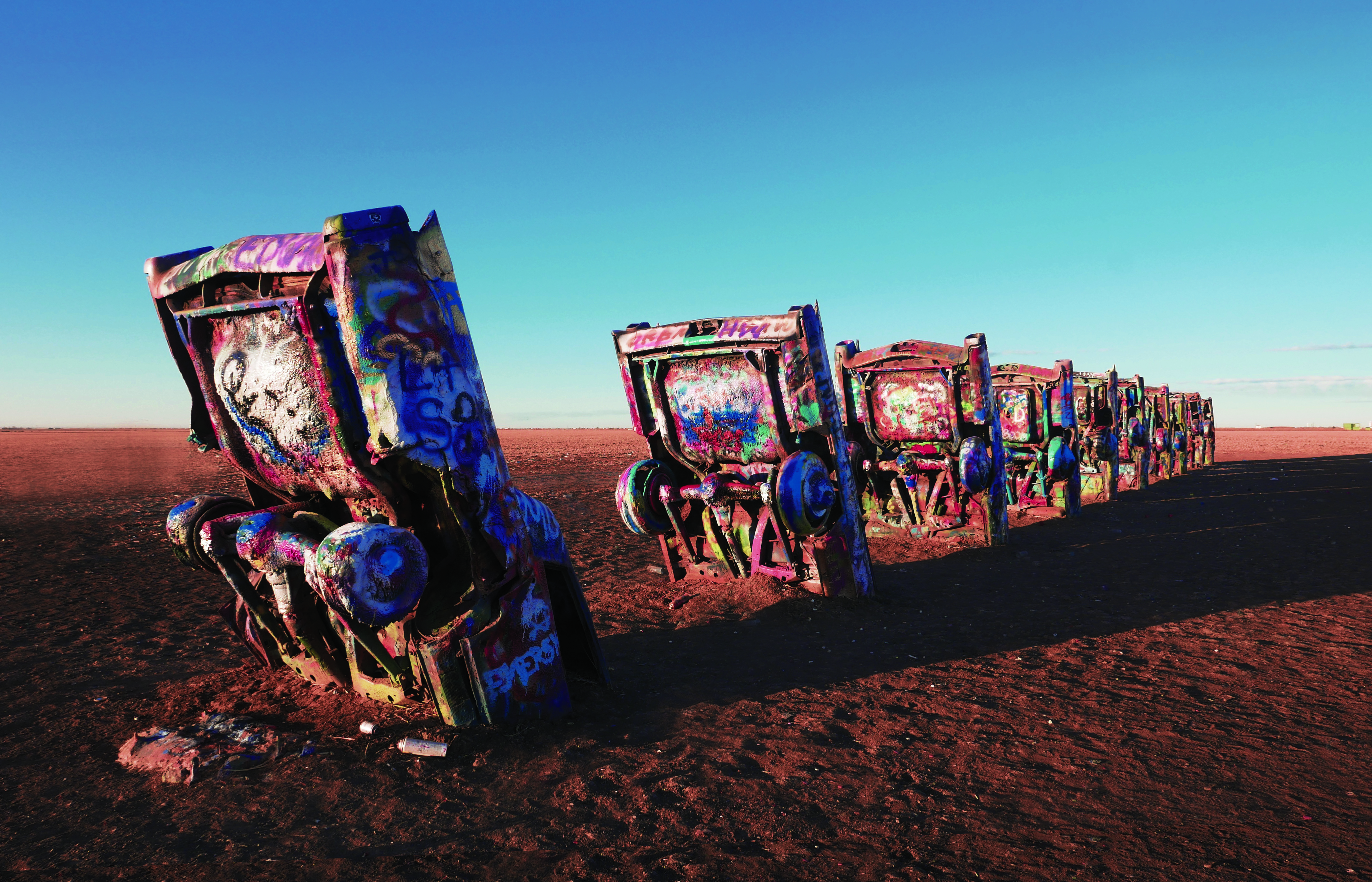 In addition to its well known wide-open ranges, rolling vineyard-filled hills, and action-packed theme parks, Texas has its share of odd destinations—really odd destinations. From kitschy roadside attractions to towns devoted to beloved rodents to alien gravesites, Texas truly has it all. 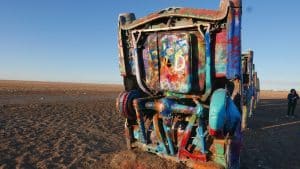 When people think of Texas oddities, it’s possible that they first think of the spray-painted vintage Cadillacs rising up from red dirt. In 1974, eccentric Amarillo billionaire Stanley Marsh 3 (he thought III was pretentious) commissioned a group of

traveling artists to install a tribute to the evolution of the Cadillac fin. The group buried ten Cadillacs nose down, tilted at the same angle as the Great Pyramids. Today the kitschy roadside attraction along Route 66 west of Amarillo is a must-stop for anyone driving through the state. Visitors are encouraged to leave their mark on the car by bringing spray paint or grabbing a half-used discarded bottle from the pile circling the piece.

Nicknamed the “King of the Commode,” former plumber Barney Smith has spent 50 years collecting and decorating toilet lids. To date, he has hand decorated more than 1,300 toilet seats. He opened up the garage of his San Antonio home to odyssey seekers wanting to see his work in 1992. Naming it Barney Smith’s Toilet Seat Art Museum, it is the only museum of its kind in the world. His artwork is part collage, part hand lettering, and part painting. Some of his favorite lids include pieces of the Berlin Wall, barbed wire from Auschwitz, and a lavatory seat from the airplane that carried billionaire Aristotle Onassis’s body home to Greece. He has a story behind every seat. The 97-year-old artist is getting too old to curate his mass collection of toilet seats. He hopes to someday sell the collection to a person who would keep it intact and display them for free to the public. 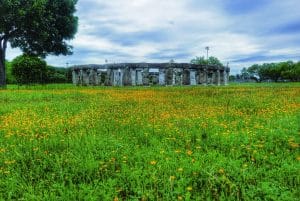 Some think it was an ancient astrological calendar. Some say it was used for religious ceremonies. And some believe it was an alien landing pad. The mystery surrounding Stonehenge contributes to its popularity, making it one of Europe’s most popular tourist attractions.

For those not wanting to travel the 3,000 plus miles to Salisbury Plain in England to see the real Stonehenge, two Texas cowboys with time and money to spare built the roadside attraction Stonehenge II. This replica is 90 percent as wide and 60 percent as tall as the original, and stands near the side of Highway 36, about 30 minutes southwest of Fredericksburg. Unlike the site of its uber-popular predecessor, visitors can walk through the grounds, take pictures, read in the shade and soak in the silence, as they will likely be the only ones there.

On April 15, 1897, a UFO crashed into the windmill of Judge J.S. Proctor. The pilot—who was reported to be a Martian—did not survive the crash and was buried with Christian rights in the Aurora Cemetery. At least that is what a resident of the small north Texas town of Aurora told the Dallas Morning News.

Since then, the “alien incident,” also known as Texas’ Roswell, has been the topic of conversation among alien conspiracy theorists, the basis for the movie The Aurora Encounter, investigated by UFO hunters, and discussed on the History Channel’s Ancient Aliens. Some claim that the UFO story was a last ditch publicity effort to save the dying town, but that is way too logical and no fun at all.

The Aurora Cemetery still sits at its original location and is open to the public. A Texas Historical Society plaque outside the cemetery mentions that it is the alleged burial site of the UFO pilot.

First reported by early settlers, the strange ghost lights in the middle-of-nowhere West Texas town of Marfa have been mystifying Texans for generations. A young cowhand first reported the mysterious dancing lights in 1883. Since then, World War II servicemen, farmers, and townspeople have talked about seeing pulsating, colorful lights on the horizon. The best place to view the lights is nine miles east of Marfa at the Marfa Mystery Lights Viewing Center. Every night, strangers gather at the viewing center’s benches, look through binoculars, and speculate on what the lights could be. A bronze plaque reads, “The Marfa Mystery Lights are visible on many clear nights between Marfa and Paisano Pass as one looks towards the Chinati Mountains. The lights may appear in various colors as they move about, split apart, melt together, disappear, and reappear,” but offers no explanation on what causes the mysterious lights. 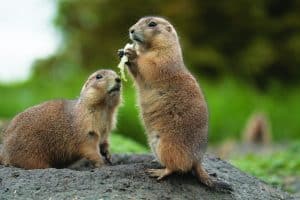 Lubbock’s largest state park includes a golf course, an amusement park, a museum of agriculture, and prairie dogs. A lot of prairie dogs. So many that they have their own town. In the early 1930s, a park commissioner named Kennedy

Clappstarted the first protected prairie dog colony of its kind with four prairie dogs and two burros. Today, hundreds of prairie dogs live in the seven acre field of dirt on the north side of Mackenzie Park. Visitors to Lubbock can take a break from wine tasting or pie eating to stand under the shaded pavilion and watch the chubby animals pop up from their homes, burrow down again, play with each other, and run from one side of the park to the other. The furry brown creatures are a hit. A recent survey showed that Prairie Dog Town is the fifth most visited attraction in Lubbock. For all his efforts, Mr. Clapp will always be the official mayor of Prairie Dog Town.

Bring a bit of the gulf coast into your home with the delicious recipes ... 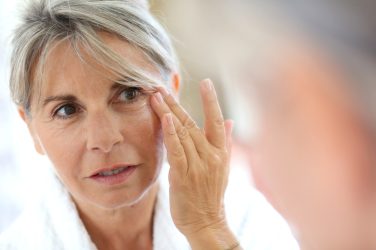 What procedures are people looking into? By Mimi Greenwood Knight Like many others, it’s ...

By Jessica Dovey   When I became a mother last year, it was like ...

As farmer’s markets become a neighborhood staple as warmer weather blows into town, we ... 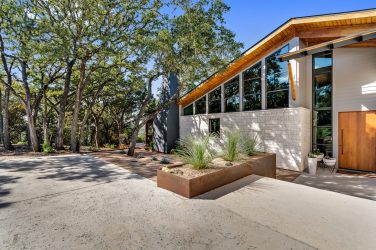 Next Generation – The Floyd Residence 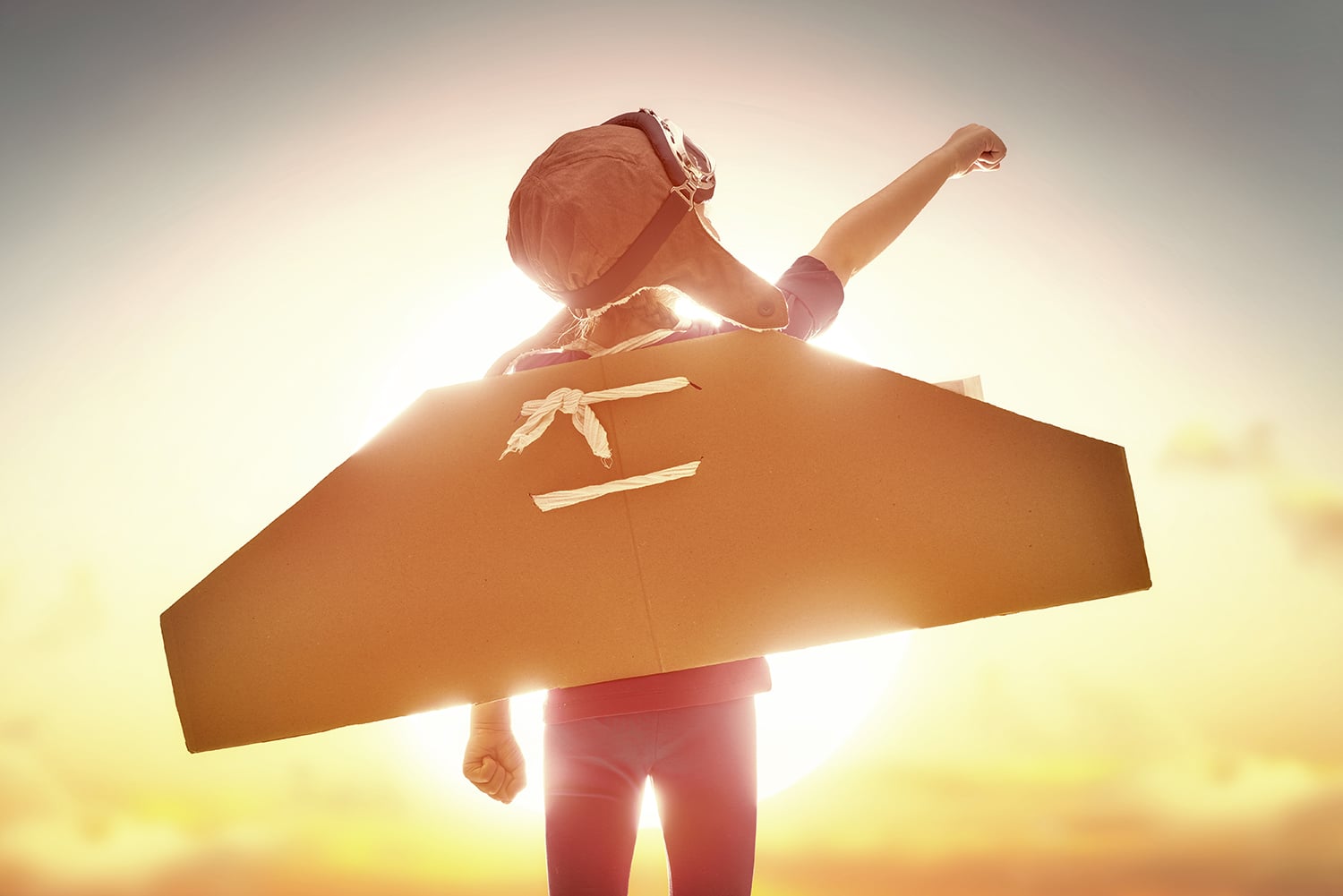 HOW TO INSPIRE A THOUGHTFUL SPARK IN YOUR LITTLE ONES The Play’s the Thing! ...