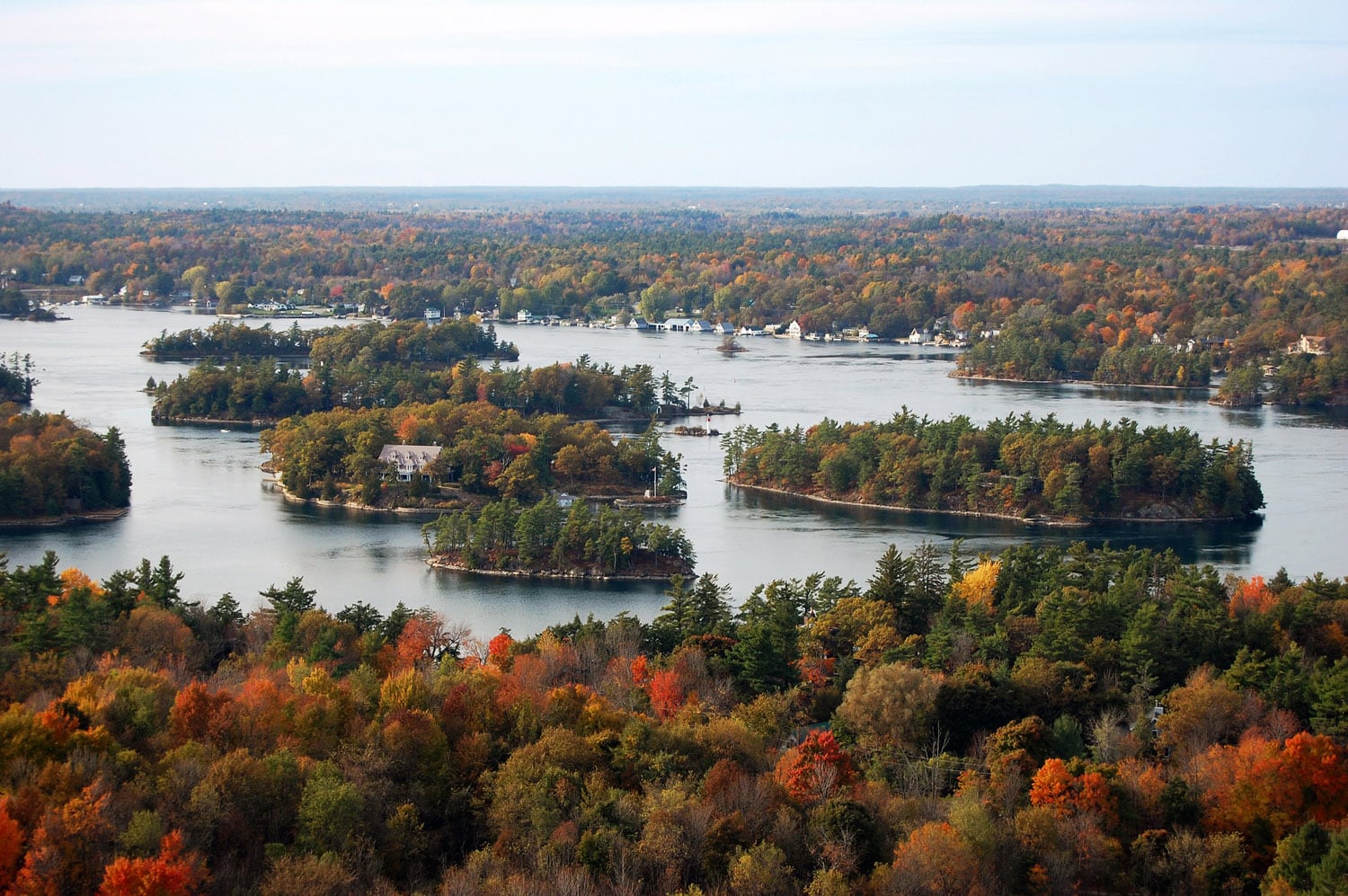 1,864 islands that offer all the shoreline satisfaction you could ever ask for

As a kid, I loved Thousand Island salad dressing, but had no clue where the name originated. Then recently, while perusing a United States map in search of a new travel destination, I spied the Thousand Islands. During this condiment “aha!” moment, I learned the dressing was named in honor of the region where it was created, located along the Canada-United States border at the Saint Lawrence River. 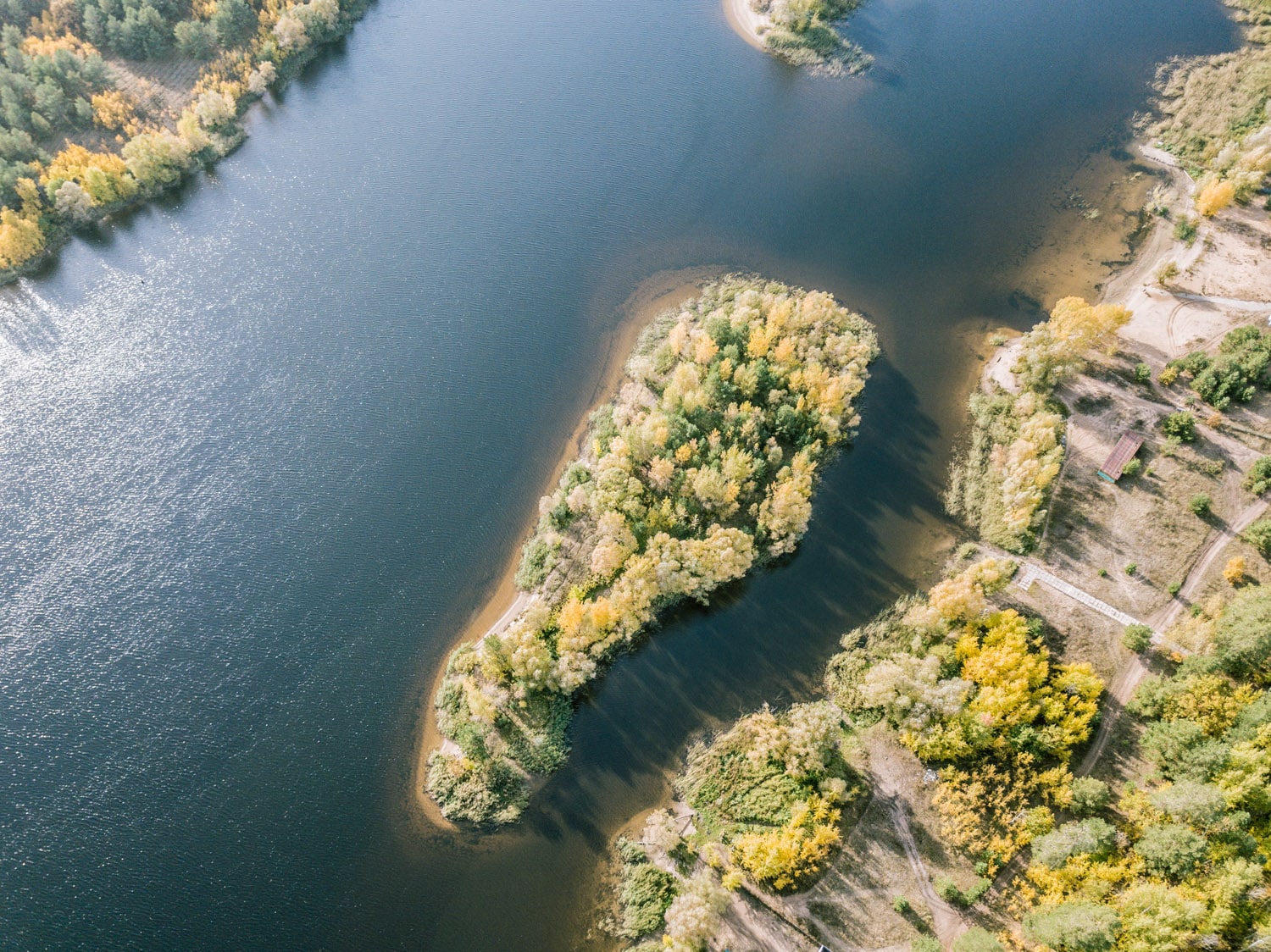 As the story goes, a local fishing guide’s wife prepared the dressing for a shore dinner in the early 20th century and shared it with actress May Irwin, who shared it with others, and so on. A second version of the origin story states that self-made millionaire George Boldt, owner of New York City’s famed Waldorf Astoria—the very hotel that created the Waldorf Salad in 1896—instructed his chef to create a salad dressing with whatever ingredients were on hand. Whatever its origins, the rest is salad dressing history… or legend, as it were.

A Gilded Age playground for the wealthy and laden with history, the Thousand Islands (sometimes printed as 1000 Islands) remain to this day a fun-filled destination for families and everyone who’s up for a laid back, outdoorsy vacation. Luckily I didn’t have to twist my husband’s arm to get him to agree on a spur of the moment getaway to this 1,864 island archipelago.

Our first afternoon in Alexandria Bay, New York was spent driving around getting the lay of the land and visiting Thousand Islands Winery. The winery’s welcoming big red barn, which rests on a 40-acre farmstead, is set against the backdrop of the Thousand Islands International Bridge that connects the state with Ontario, Canada.

“Thousand Islands is one of New York State’s fastest growing wine regions,” the rep explained as we sampled wine in the tasting room. Later, she shared something that didn’t pertain to wine, but was interesting just the same. “If you come here in the spring, you can smell the sweet aroma of maple sugar shacks.”

A longtime pure maple syrup junkie, I whipped out my phone and quickly made note of this.

Our evening was a throwback in time fitting of the area. While watching a newly released movie with radio-provided FM stereo sound and brilliant digital color at the Bay Drive-In Theatre, vivid scenes from my own childhood came rushing back. We saw families spending time together and kids gleefully running back and forth to the concession stand, knowing that someday this experience will be woven into their personal tapestry of lifetime memories.

A Saint Lawrence Seaway boat tour to Boldt Castle was in order the next day. Having grown up in a Midwestern town on the Mississippi, my appreciation of our rivers and the role they played in forming our nation’s history—from the early explorers to modern waterway commerce—runs deep. As the boat made its way from Gananoque, Ontario down the mighty Saint Lawrence to the castle, we marveled at the tales of shipwrecks, river pirates, and prohibition bootleggers, along with other cool facts about this international waterway that connects the Great Lakes to the Atlantic Ocean. We also learned that land has to stay above water 365 days a year and support a living tree to be counted as an island, and that each island is either completely in the United States or Canada.

Perched on Heart Island, grandiose Boldt Castle looks curiously out of place in this nature lover’s paradise. Hotel magnate George Boldt began building the monolithic summer home as a tribute to his wife in 1900, but it was not to be. When Mrs. Boldt passed away before its completion, Boldt, inconsolable, stopped construction. In 1977 the Thousand Islands Bridge Authority acquired the property and has spent millions of dollars in tour proceeds on repairs and restorations. Today the castle hosts tours and fairytale weddings.

After spending a little time on the river, we spiffed up and dined at the Saint Lawrence Spirits Château. Located in a meticulously renovated fieldstone manor home, the farm to table restaurant offers fine wines, handcrafted cocktails (there’s a distillery tasting room on site), and majestic river view dining. The fork-tender bourbon and brown butter wagyu received rave reviews from my native Texan and steak enthusiast husband. My entrée, wild caught pan crispy Lake Ontario walleye, was perfection on a plate. 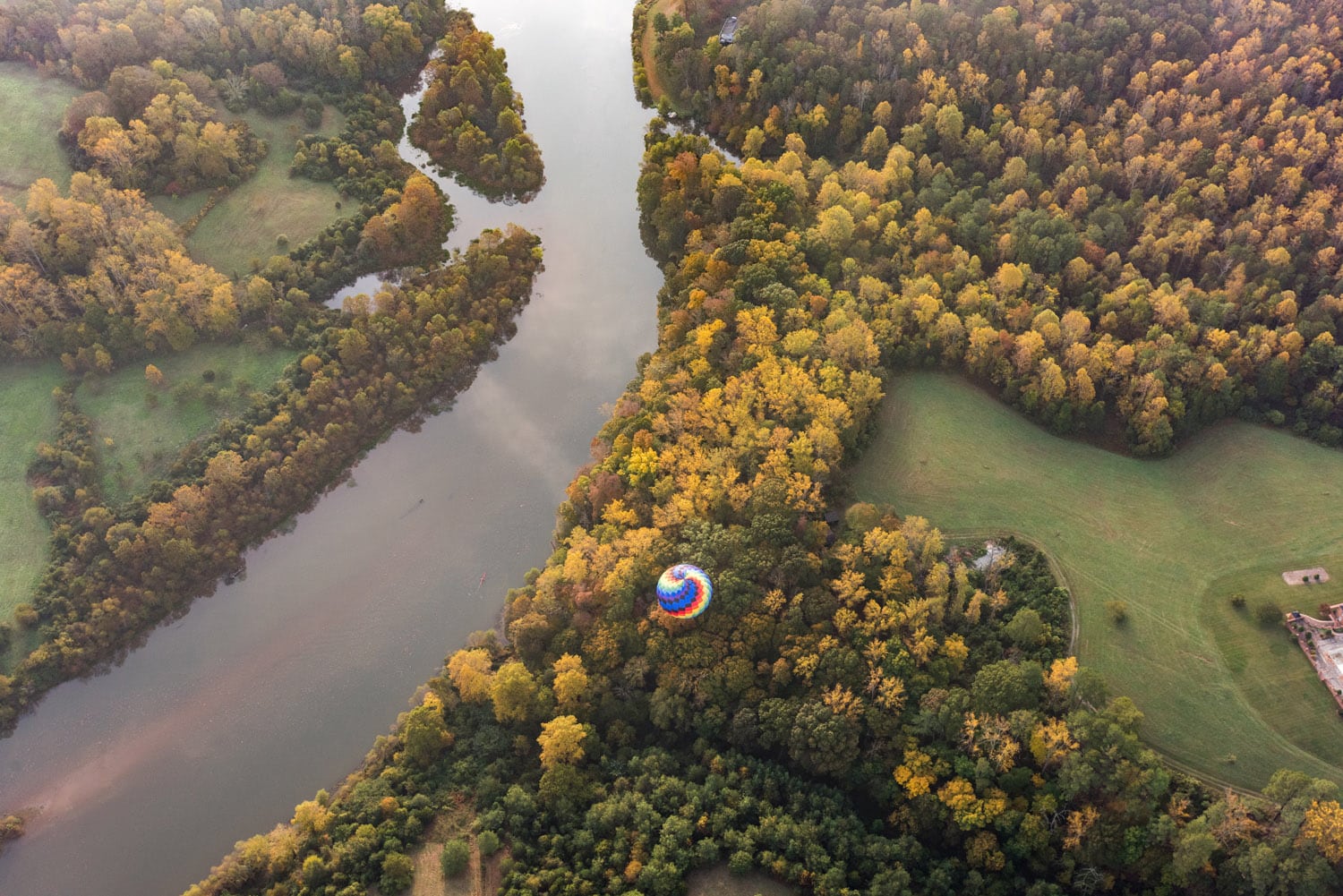 Speaking of fish, what would a trip to the Thousand Islands be without going fishing? We were back on the Saint Lawrence the next day aboard a private charter. Thanks to Captain Matt Heath of Seaway Charters and the unique knowledge he had of this river he grew up on, we had loads of fun catching an angler’s bounty of northern pike and small mouth bass. And we savored every bite of the shoreline lunch he prepared, which included the catch of the day and—you guessed it—salad tossed with Thousand Island dressing.

It was up, up, and away on our final morning in the area. Soaring through the clear, crisp air in a hot air balloon we caught a bird’s eye view of  lighthouses, all kinds of river traffic, shoreline beaches, and beautiful summer homes and hotels that make the Thousand Islands a place to visit again and again. After a sweet farewell to the region that evening, we flew home with a bottle of locally made dressing—and later enjoyed it over salad as we reminisced about our adventures on the Saint Lawrence River and its endless shorelines.