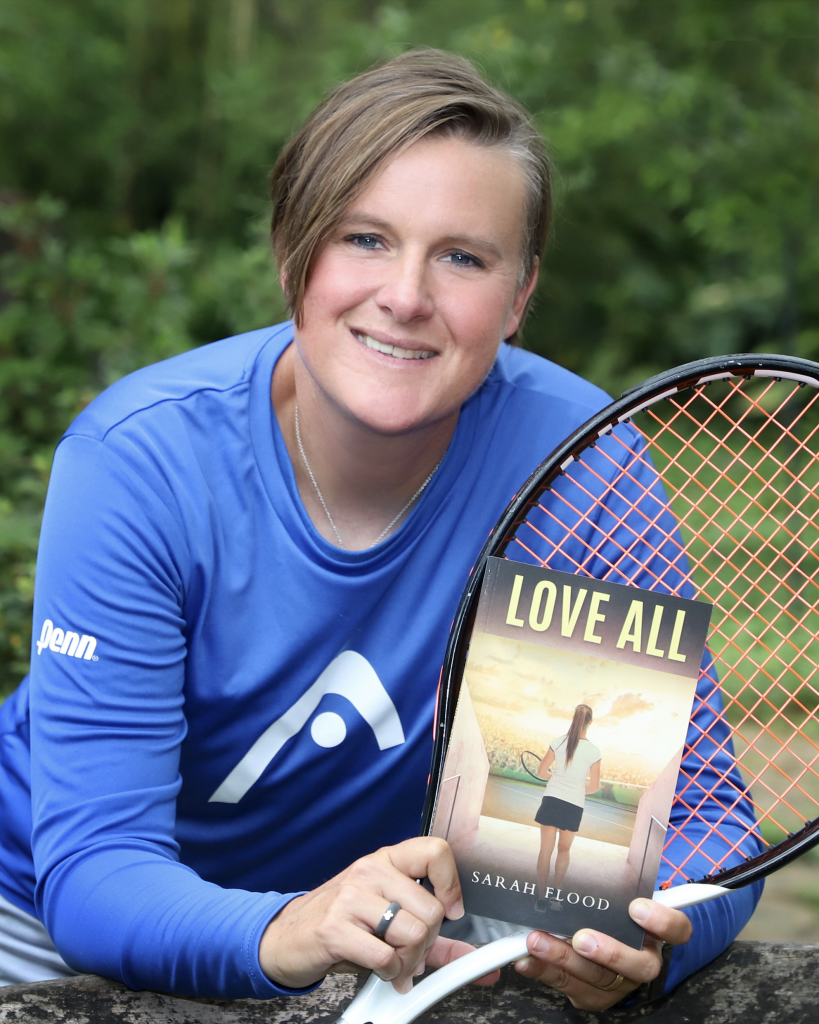 Sarah Flood has been teaching tennis in Houston for 15 years and is the Director of Junior tennis at the Houston Racquet Club. She was recruited to play for the University of Houston, arriving from England in 2000, to represent the school at the NCAA Division 1 level.

Shortly after her first year at college, Flood suffered a terrible loss. Her mother passed away. Back in the UK for the funeral, and just seeing the second plane fly into the World Trade Center on TV on 9/11/01, she got into her car. Five minutes later, another car hit her head-on. The catastrophic crash changed her life forever. The road to recovery was arduous. Over the years, she would have to undergo 28 surgeries.

Now, she’s written a book, Love All, sharing her story about her tennis journey and never giving up. “Telling my story is important to me, but the book’s mission to raise awareness for melanoma is the more important thing,” she says. “In honor of my mom, I’m donating proceeds to the American Academy of Dermatology, which gives free health screenings. Had my mom gotten tested, she may have survived.”

“Already one woman who’s read the book has told me that she got a health screening and had one pre- melanoma removed. I got a second chance at life, and I want to give back.” Anyone in the Houston area can buy her book at www.sarahfloodtennis.com, and $20 will be donated to the American Academy of Dermatology.