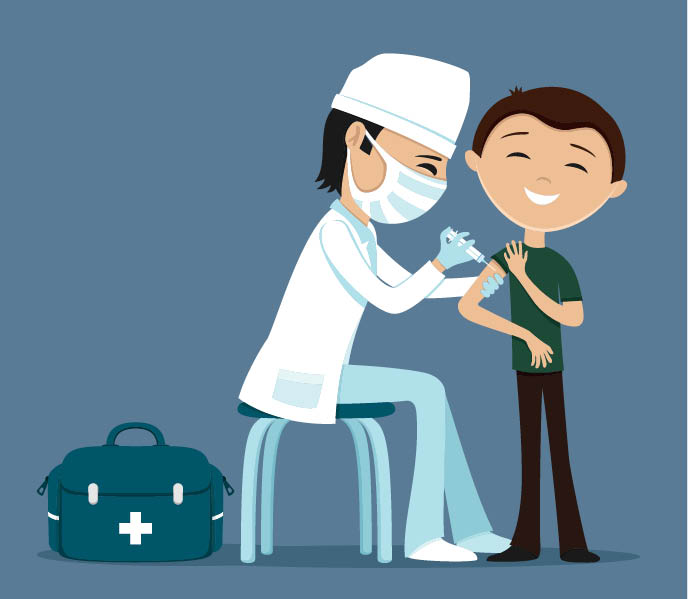 Vaccines are dead or weakened viruses or bacteria introduced into your body where your immune system is meant to recognize them and create antibodies to defend against future infection.

Ancient civilizations in India and China were believed to have inoculated their children against smallpox, 1,000 years ago, using a process called “variolation.”

Physician Edward Jenner first poked around at the idea of vaccines in 1700, when he noticed that milkmaids who’d previously caught cowpox didn’t later catch smallpox.

Jenner’s observations led to the first smallpox vaccine in 1798.

Subsequent vaccines are credited with decreasing cases of diphtheria, measles, mumps, pertussis, polio, rubella, smallpox, and tetanus by an estimated 92 to 100 percent.

Researchers believe that a viable malaria vaccine could be available for children in the developing world as early as 2017.

The Centers for Disease Control and Prevention (CDC) makes recommendations on which vaccines we should all get at CDC.gov.

Sometimes you or your child can’t receive a vaccine because you’re sick or you just slip up and forget. Vaccine.gov includes a catch-up immunization schedule to get you back on track.

It’s worth mentioning to your healthcare provider if you or your child have allergies to eggs, gelatin, or yeast (which may be found in certain vaccines) or latex (which may be used in syringes or vaccine vials).

If you plan to travel outside the country, ask your healthcare provider about special vaccines to help protect from diseases present in the areas you plan to visit.

While usually given through injection, some vaccines can be given orally or as a nasal spray. If your child is traumatized by shots, ask your pediatrician if these are an option.

Surprisingly, getting your child to cough or pretend they’re blowing out birthday candles can help relieve injection pain, and so can other distractions like cartoons, books, or toys.

Your doctor might keep only electronic records. Maintain a paper record of vaccinations for your own reference. You may need proof of vaccination for your child’s school, your job, or a childcare situation.

If an ant is infected with a fungus, other ants in their colony lick them to spread the infection throughout the colony, making fellow ants immune to the fungus.