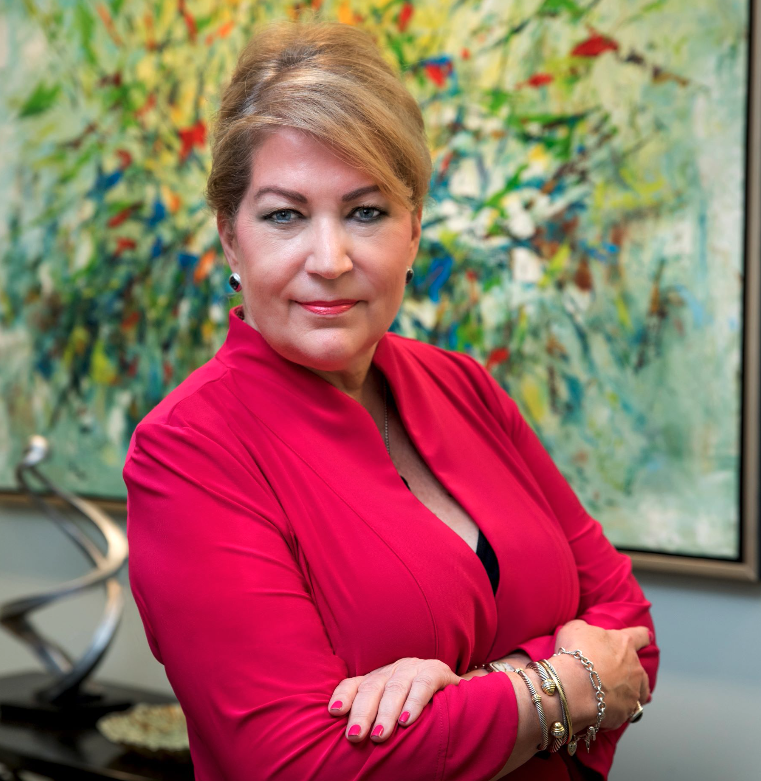 Nancy Rommelmann has provided strong and knowledgeable legal representation in family law for more than 35 years in Houston and the greater metropolitan area and counties throughout Texas. With a well-proven track record and well-honed trial skills, she has the skill and experience to adeptly navigate clients through family law matters, including complex family law cases involving high net worth estates and contested custody cases.

Nancy has been a monthly contributing columnist in several local magazines for over nine years and has been consulted by local media for her on-air analysis about family law.

Savvy Litigator and Negotiator, Certified in Mediation and Trained in Collaborative Law

Many family law cases can be settled without going to court. Certified in mediation and trained in collaborative law, Nancy helps her clients reach agreements through negotiations. Successful mediation often results in lower legal fees as well as less emotional trauma compared to a courtroom battle.

Nancy attended a Lutheran elementary school in St. Louis and graduated at the top of her class. She then attended a public high school where she graduated in three years in the top 2% of her class. Based on her record, she obtained a scholarship to St. Louis University and graduated with a bachelor’s degree. At the age of 21, Nancy started law school at South Texas College of Law. Having plans at that time to return to St. Louis, during law school one summer, she worked for the Circuit Attorney’s office there, which was the beginning of her exposure to litigation. She subsequently worked in Houston for legendary family law attorney and litigator, David Gibson. She topped her mock trial class in law school which skills she continued to develop.

Texas won Nancy’s heart, and after graduating from law school, she decided to practice law in Houston and not return to the Midwest. Nancy’s first position after law school was with Phibro Oil and Gas (subsequently purchased by Salomon Brothers) where she was General Counsel.

“Those were the heydays of the oil and gas business!” she laughed. She subsequently was hired as General Counsel for Daewoo Shipbuilding and Marine Engineering in South Korea. There Nancy negotiated multimillion-dollar contracts with companies worldwide. “It was absolutely fascinating work with the international component to the position,” said Nancy. “At that time, the companies she negotiated with were only men from countries other than South Korea. There were no women in management positions there whatsoever. One time when a group of men entered the room from a country I’ll not name, and when they saw me, a woman, after being introduced as the general counsel, introduced themselves, did not shake my hand, talked in their native tongue among themselves and turned around and walked out!” With a wave of her hand in a light tone, she said with an easy laugh, “Times were different then for sure.”

When she repatriated, Nancy started her law practice in the Galleria, but eventually settled in the Memorial area close to her home.

Nancy found her penchant for family law after successfully trying a divorce case involving a high asset, complex estate involving a wide array of retirement benefits. Her client, a woman and royalty from a Southeast Asian country, was married to a man promoted to the position of president of an Exxon subsidiary and received a “golden parachute,” a form of compensation paid to “top hat executives,” during their marriage. At the time, the law was not entirely clear on how retirement benefits should be divided. The Court of Appeals of Texas in Houston stated that this was a case of first impression and there was no controlling precedent/case law. This case clarified how retirement benefits should be divided. Her success in this case resulted in Exxon employees, both women and men, hiring Nancy to represent them in their divorces.

“Family law deals with a broad spectrum of assets and issues including business valuations, trusts, hidden assets, fraud and waste. Cases include a wide variety of assets as well as the array of psychological issues. The strengths and weaknesses of the human spirit are involved and emerge while handling child custody cases.”

Nancy is blessed with three adult children, two grandchildren and is active in the community. She believes in a life involving faith in God and service to her family, community, and practice.

Whether you are ready to start divorce proceedings, wish to explore your options, or plan for your future and the future of your children, the first step is a consultation with Nancy Rommelmann.