You wake up, pour your coffee, and settle in to watch the morning news. You check on the weather and driving conditions, shower, then sit in your car for the commute to work. You sit behind your desk for six, seven, eight hours. Quick workout at the gym and you’re back home again, unwinding on the couch with a little Netflix. Before you know it, it’s time for bed—and then you start the whole thing over again.

Sitting. It’s being called the new smoking. But can all that time on your backside really be detrimental to your health? Many health experts say so—and it’s not just about lack of exercise. It’s estimated that American adults spend eight hours on their rear ends each day, though much of the time is productive, and many of those same sitters are also dedicated to working out. But recent research seems to show our nation’s sitting habit could be exacting a serious toll. 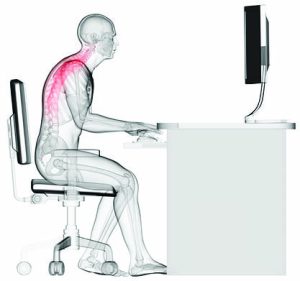 A standing body uses energy differently from a sedentary one (or even an exercising one). When we stand, we burn calories at a different rate, store them in different ways, and our brains function differently. Research is still in its infancy, but one experiment with high school students found that test scores improved by 20% when subjects stood in class rather than sitting.

Dr. James Levine, director of the Mayo Clinic-Arizona State University Obesity Solutions Initiative, admits that standing in class, standing at work, or standing to watch a movie in a movie theater might seem odd to most—but it may be time we consider doing just that.

The very first studies to look at what all this sitting is doing to us focused on men and women of nearly every age, and found that people who spent more hours of the day on their bums were more likely to develop a host of health problems. A review of 43 subsequent studies analyzing daily activity and cancer rates found that people who reported sitting for more hours of the day had a 24% greater risk of developing colon cancer, a 32% higher risk of endometrial cancer, and a 21% higher risk of lung cancer—regardless of how much they exercised. Perhaps the most damning evidence came from a study involving a group of men and women who reported exercising the same amount, and found that each additional hour they spent sitting resulted in a drop in their fitness levels. Sitting was actually undoing all their hard work.

Here’s why. As our bodies move, they siphon off calories to make sure every cell is doing what it’s supposed to do. When we’re not exercising, we’re still moving and using energy. But when we sit, the signals that normally result in moving—and which, in turn, burn calories—start to check out. Meanwhile, the processes that build up body fat get busy. So at the end of the day, a harried CPA is burning fewer calories than a just-as-harried barista bustling about a coffee house.

Now for the good news. Just as we’ve become accustomed to sitting to accomplish many everyday tasks, Dr. Levine says we can reprogram ourselves to be just as happy doing those things on our feet; it’s all a matter of habit and changing the norm. And although much of the current data is still anecdotal, it seems to show that standing increases productivity and creativity as well.

Many are responding to this challenge by converting to a standing work station. Others are starting smaller by fielding phone calls on their feet (or pacing while they talk). Some workers are foregoing the large water bottle at their desk and going with a small glass they have to refill frequently. It’s a start. Simply tuning in to the number of hours you spend seated each day is a great way to start. Then get in the habit of taking a periodic stroll around the office or your home, and see if you can get your colleagues on board for standing meetings.

Converting from a chair-based work station to a standing one can help you burn 500 to 1,000 extra calories a day. Of course, if you’re really serious about making a change, consider a treadmill desk. A speed of 1 mph is said to keep your fingers and feet moving at the same speed as you type. “What we need to do is change the default,” Dr. Levine concluded. “I want us to have to find excuses to sit.” Can America—where relaxation is king—really pioneer this new standing mindset? Who knows? Maybe standing really can become the new sitting. 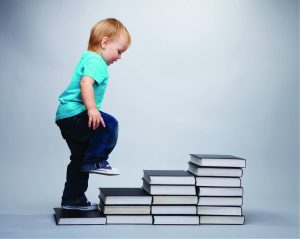 That latter energy—let’s call it activity energy—is further divided into the sweat-inducing kind that you use on the treadmill or in yoga and another kind, which scientists have cleverly called NEAT: non-exercise activity thermogenesis. This includes nearly everything you do requiring movement: folding the laundry, walking up a flight of stairs, running to catch a train, even simple fidgeting,” says Alice Park, Health and Medicine Writer.

Armed with that information, a group of researchers aided by Apple conducted an experiment in which computers and other supplies were donated to a school which had kids standing and moving during lessons, rather than sitting. Mobile stations held laptops that students could move around the classroom, and researchers strapped sensors to the legs and backs of students to measure their NEAT levels.

After two months, the teachers reported that the students took fewer bathroom breaks, engaged in less frivolous movement, and related better to each other. Parents reported that their children came home more eager to do homework and less stressed after their day. NEAT sensors showed that students doubled their activity level and scored up to 20 percent higher on state standardized tests than they had previously.