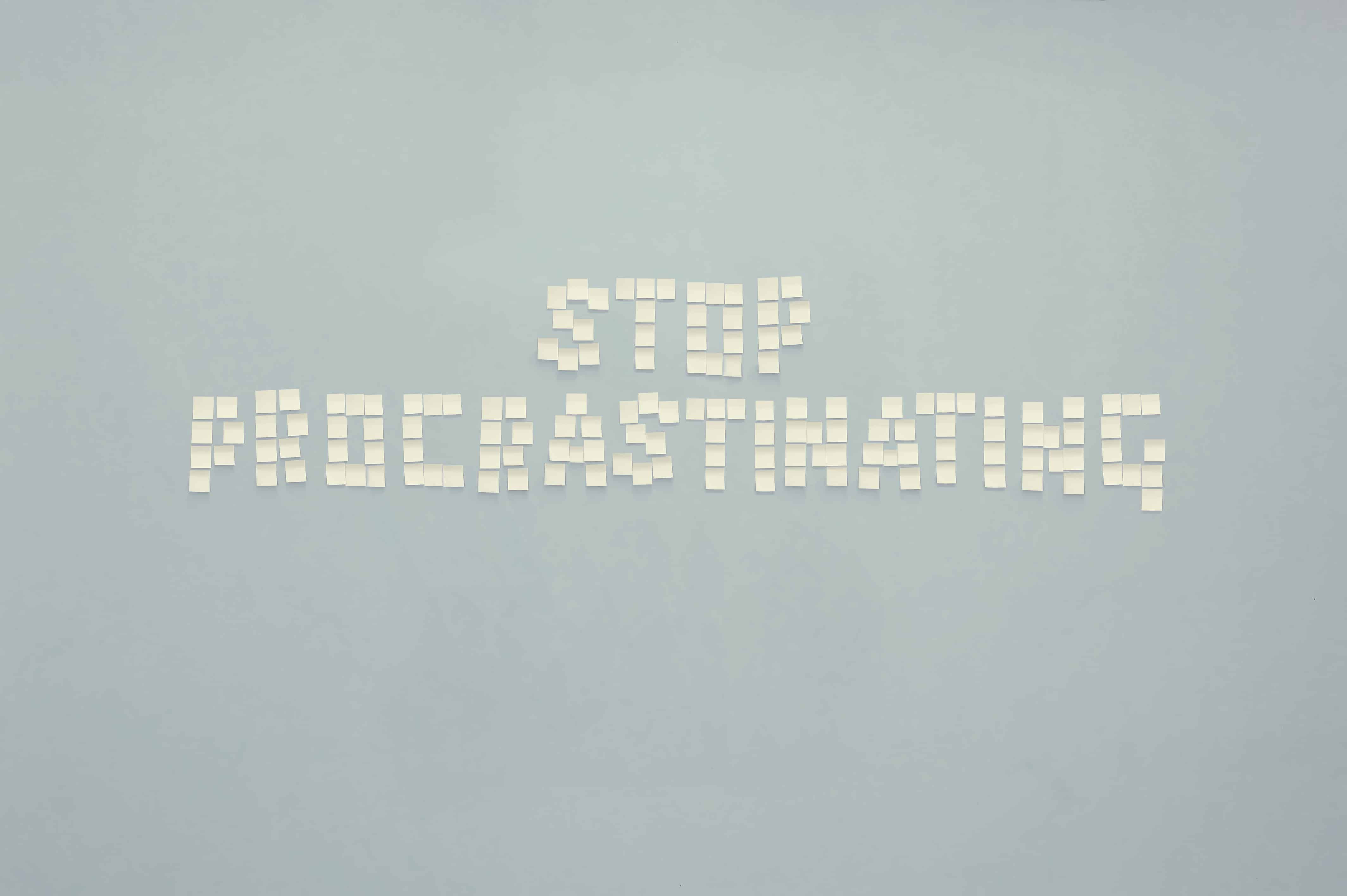 “Only put off until tomorrow what you are willing to die having left undone.” – Gold BEE

How ironic is it that I’ve been putting off writing this article on procrastination? Okay, not really (editor’s note: good) but I am writing it now to avoid writing something more pressing, making me the quintessential procrastinator. While many people associate procrastination with laziness, there’s a distinct difference.

Procrastination is choosing to do something else instead of the task you know you should be doing. For instance, I wouldn’t dream of plowing through a season of TV on a work day, but I sure will clean my house, get caught up on laundry, and cook dinner at 10:00 AM to postpone doing the things I should be doing.

And while those are all positive things, avoiding tasks we should prioritize can make us feel guilty, ashamed, demotivated, and disillusioned. Ultimately, it can make us less productive—jeopardizing our long-term goals.

“If you want to make an  easy job seem mighty hard, just keep putting off doing it.” – Olin Miller

With that in mind, here are a few tactics that help me procrastinate less:

This might be a good time to mention that some of the greatest artists, writers, composers, and political leaders in history have been hopeless procrastinators. So, there’s something to be said for being a slacker—at least some of the time.

“Anyone can do any amount of work, provided it isn’t the work he is supposed to be doing at that moment.”  – Robert Benchley

According to a Harvard Business Review article, the tasks on which we procrastinate tend to fall into a few usual categories.

Procrastination and Your Health

Experts agree that procrastination can negatively affect your health.

Leonardo da Vinci was a perfectionist and a procrastinator, so while his legacy includes hundreds of drawings and sketches, he only left behind thirty paintings—many of them unfinished.