But without Joseph, Mary would have been executed.

In light of this month’s focus on women in business, let’s address women in ministry also. The body of Christ is rife with opinions about a woman’s role within the church. Many denominations have no problem with female pastors, while others believe it to be anti-Scriptural. Those on the latter end quote Paul’s exhortation in I Timothy 2:12, “And I do not permit a woman to teach or to have authority over a man, but to be in silence” (NKJV).

The verse does seem fairly straightforward, however, the conditions in the society of the New Testament church do not compare to those of today. Women are now equally educated and knowledgeable of theology—this was not the case in the first century following Christ’s birth, death, and resurrection. My purpose in this article is not to dogmatically express my opinion regarding women pastors (I honestly don’t have one), but rather to encourage you to seek the truth in God’s Word, by asking pertinent questions, and studying the many ways God used women in the Bible. Pastor, or not, God clearly had (and still has) a need for women in ministry.

Who can forget Esther, who saved her people from annihilation, or Deborah, who judged Israel righteously and led armies (of men) into battle? Or Rahab, the prostitute, who was given an honored position in the lineage of Jesus, simply because she took a bold step of faith and trusted in a God she didn’t know? Consider Jael, who single-handedly ended the life of Sisera, a Canaanite who opposed Israel. The list continues in the New Testament, but I’d like to stop in the gospels with the most significant woman in history, and eternity for that matter—Mary, the mother of Jesus.

Mary’s Virginal Conception is in itself one of the most significant events in human history; it and the resurrection of Christ are the crux of all Christianity. No other “god” has ever been conceived supernaturally, manifested the God-likeness of Jesus, nor resurrected from the grave. Nevertheless, Mary’s pregnancy and delivery offers us even more than the life-changing event of Jesus’ birth (which is, of course, unparalleled), it also gives us additional insight into the role God has destined women to play.

Even now, God impregnates women all over the globe, not with seed to produce a human baby, but with seeds of ministry. While many women have been given the responsibility of their home and children, ministries outside the home are a part of many women’s lives as well. The ministry He implants in women is unique; it cannot and should not be rivaled by men. Though often overlooked, God is both masculine and feminine in nature, but He is neither male nor female (Genesis 1:27; Galatians 3:28). The world needs both women and men to be light-bearers; God cannot be fully represented unless both male and female are fully engaged with His purpose.

Misogyny is an ugly word and an even uglier spirit that has permeated human society since the Garden of Eden. God confirmed woman’s destiny would be to bring The Great Deliverer, and Satan has done everything to destroy and undermine her since. Though he could not stop Christ’s birth, nor interfere with His destiny, the devil has successfully oppressed women in other ways for centuries. Through restrictive religions, corporate ceilings, pornography, domestic violence, molestation, sex trafficking, abortion, and more, he has waged war on our gender. But God…

God is raising up women all over the globe as voices of truth and champions of righteousness. Once again, women are carrying a special kind of deliverance and God’s intention is to bring it into the open. Women cannot do it alone, and God is calling men to be modern day Josephs—strong, confident, mighty men of God willing to surrender their own expectations to guard and protect the deliverance within the women around them.

Gifts and callings were never designed to be in competition. We are not to elevate one while diminishing another. No, we are to work together as one body. Women exhorting, encouraging, and honoring men; men acknowledging, guarding, and launching women into their destinies in a hostile world that has been taught to reject them.

Fear and insecurity have no place in His kingdom. Imagine the body of Christ fully devoted to one another, committed to seeing one another be all we can be within the church and beyond. We cannot repair the brokenness outside the walls until we fix the brokenness within. We must repent for the false theology we’ve allowed to permeate Christian communities and reject the continued subjugation of women in our congregations.

Scripture is clear regarding order in families and churches. Though I will not take the time to dissect Paul’s statement about women teachers, I will encourage you to study the context in which his statement was made, as well as its true implications. Paul was not forming a theology for the body of Christ to indefinitely embrace, nor was his statement a blanket rule to be applied without question. Like the Bereans, we are to accept messages with an open mind, but weigh them against Scripture in its fullness.

Within the family structure, wives are to submit to their husbands, but submission is not the same as oppression. I submit to my husband’s authority as the leader of the home, but he in no way oppresses me. We are equal partners in life, recognizing one another’s gifts and talents and supporting one another accordingly.

Josephs are not afraid of powerful women but rather recognize their unique assignment in the earth, and relish the opportunity to join them in their mission. Consider Joseph’s commitment to Mary. He loved her, but did not touch her until she had delivered the Messiah. He guarded and protected what had been entrusted to her, setting his own needs and desires aside for almost a year.

What would happen if we in the body of Christ truly submitted to one another, regardless of age, race, or gender? What if we recognized a woman pregnant with great deliverance and we committed ourselves to her good, giving her resources and protecting her gift until her time to deliver came? What if as women of faith we acknowledged our need for men in order to take our God-ordained place in ministry?

God has a plan and a purpose and it will be fulfilled. Let us set aside the demonic rhetoric and agendas and embrace a healthy paradigm. Any belief that separates the fullness of God and prevents half of who He is from being displayed in the earth is not of Him. He is calling forth His Esthers, Deborahs, Rahabs, Annas, and Joans. Simultaneously, He is calling forth His Josephs. Will men and women say yes to His calling or continue their quest for personal acceptance?

Lightbulb moments seem endless within the caverns of Scripture. Judaism teaches that every Scripture has at least seventy levels of revelation. The Bible truly is a “living and active” document which speaks into every facet of both historical and modern living. God used a specific method to provide humanity a Savior, and His ways are always multi-faceted and multi-dimensional.

Step out of your comfort zone, take a risk, and dive deeper, asking the Holy Spirit to uncover new levels of revelation. Let us agree with Jesus’ prayer in Luke 24:45, “open [our] minds to understand the Scripture.”

God’s ways are perfect. May He grant us the grace to embrace His truth, even that which makes us uncomfortable. 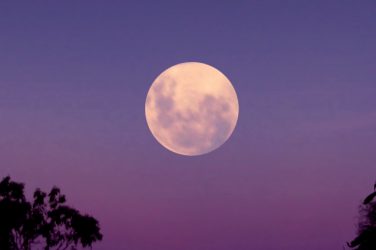 The following story, which was sent to Michelle Wallace by email, occurred March 18. ... 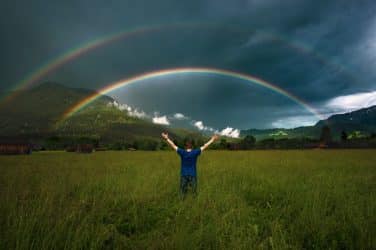 “Where was God when… (enter catastrophic event here)?” By Chad Bailey This question ... 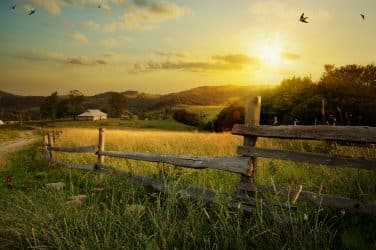 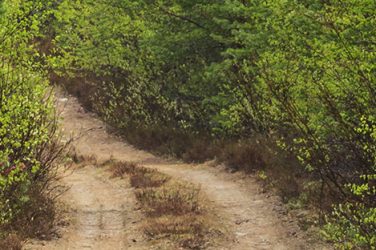 The Wonder Of The Star

BY DAVID DANIELS It is estimated that there are 100 billion stars in our ...