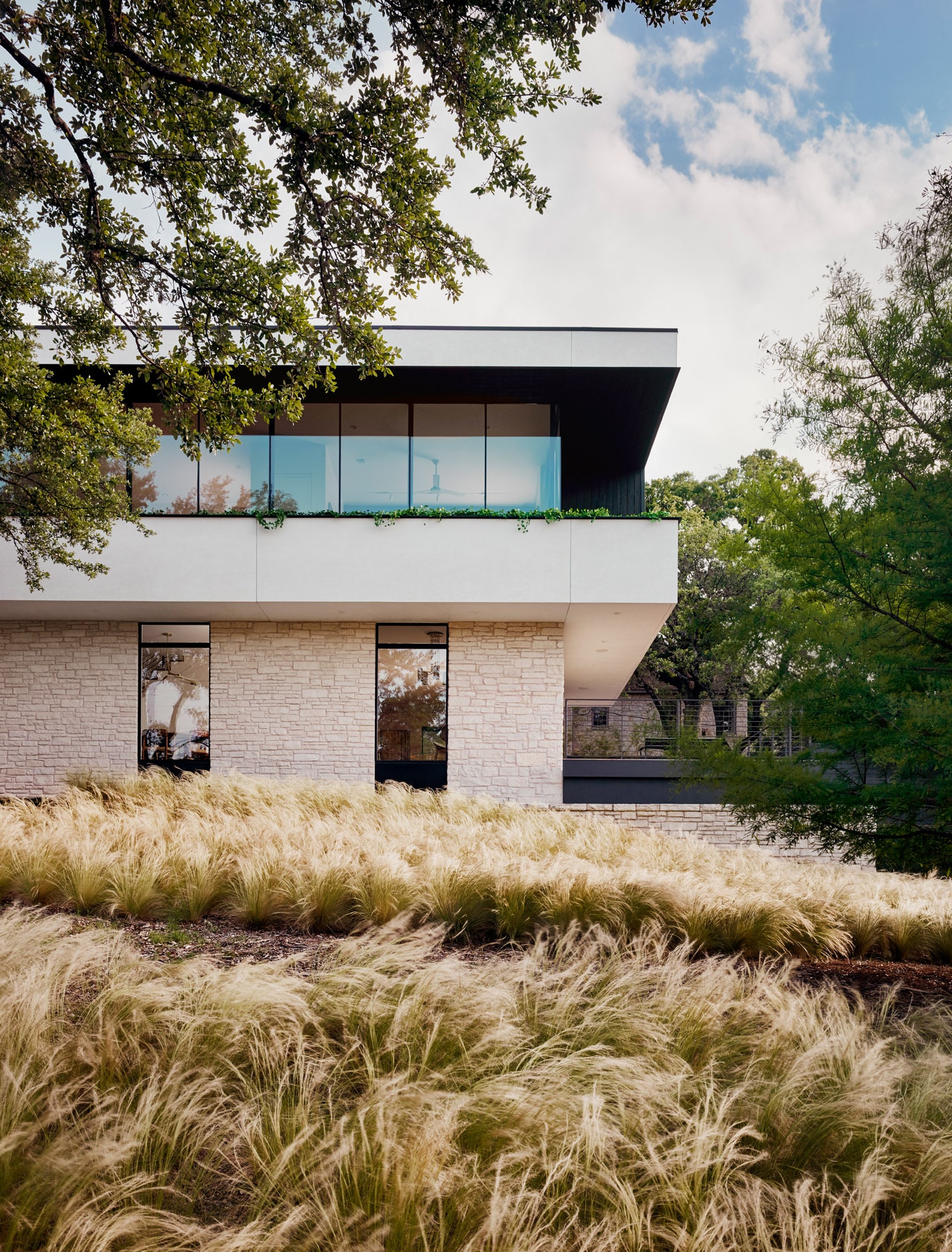 The Treetops House
On the west side of Austin, Texas 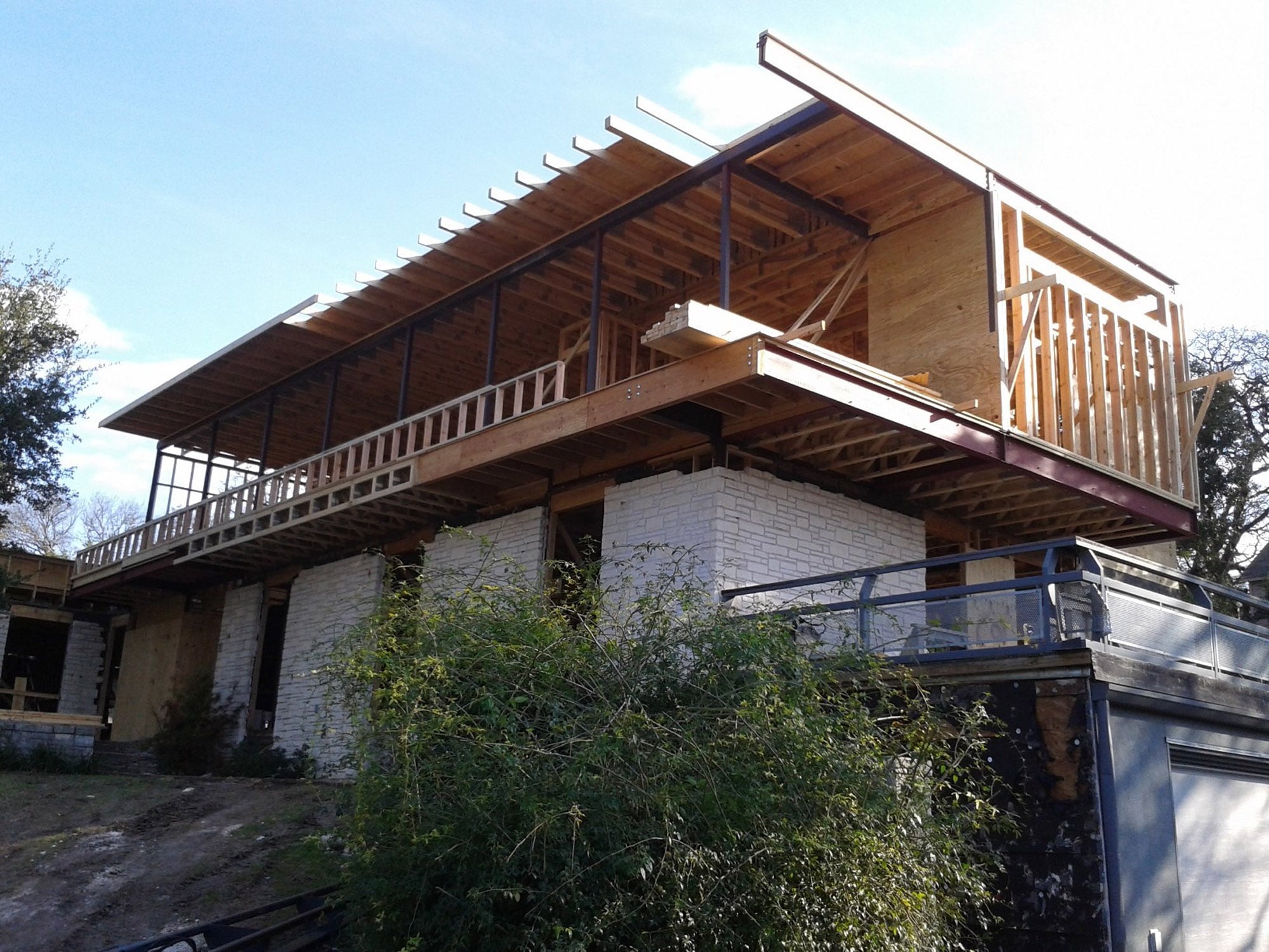 The result of this renovation work is a new composition that is clearly of its time but also reflects the time and place the original house was created. The entire limestone perimeter wall was retained and used as a heavy plinth on which to add a new second level filled with light. 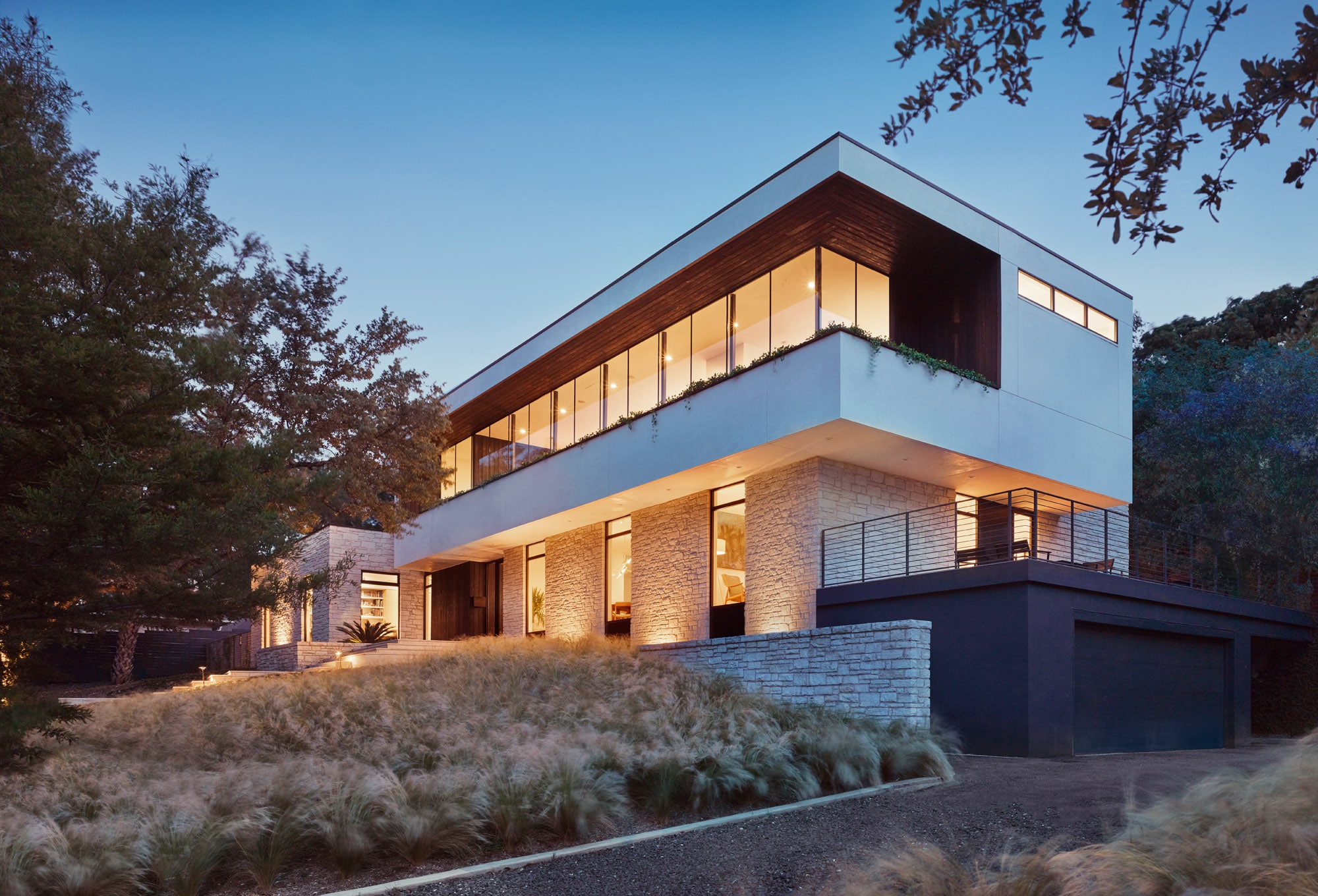 Typical for its time, the original 1955 suburban ranch house had small windows and was clad entirely in Texas limestone. The challenge was to turn it into a bright, open, modern house—while refraining from destroying all the tracers of what had come before. 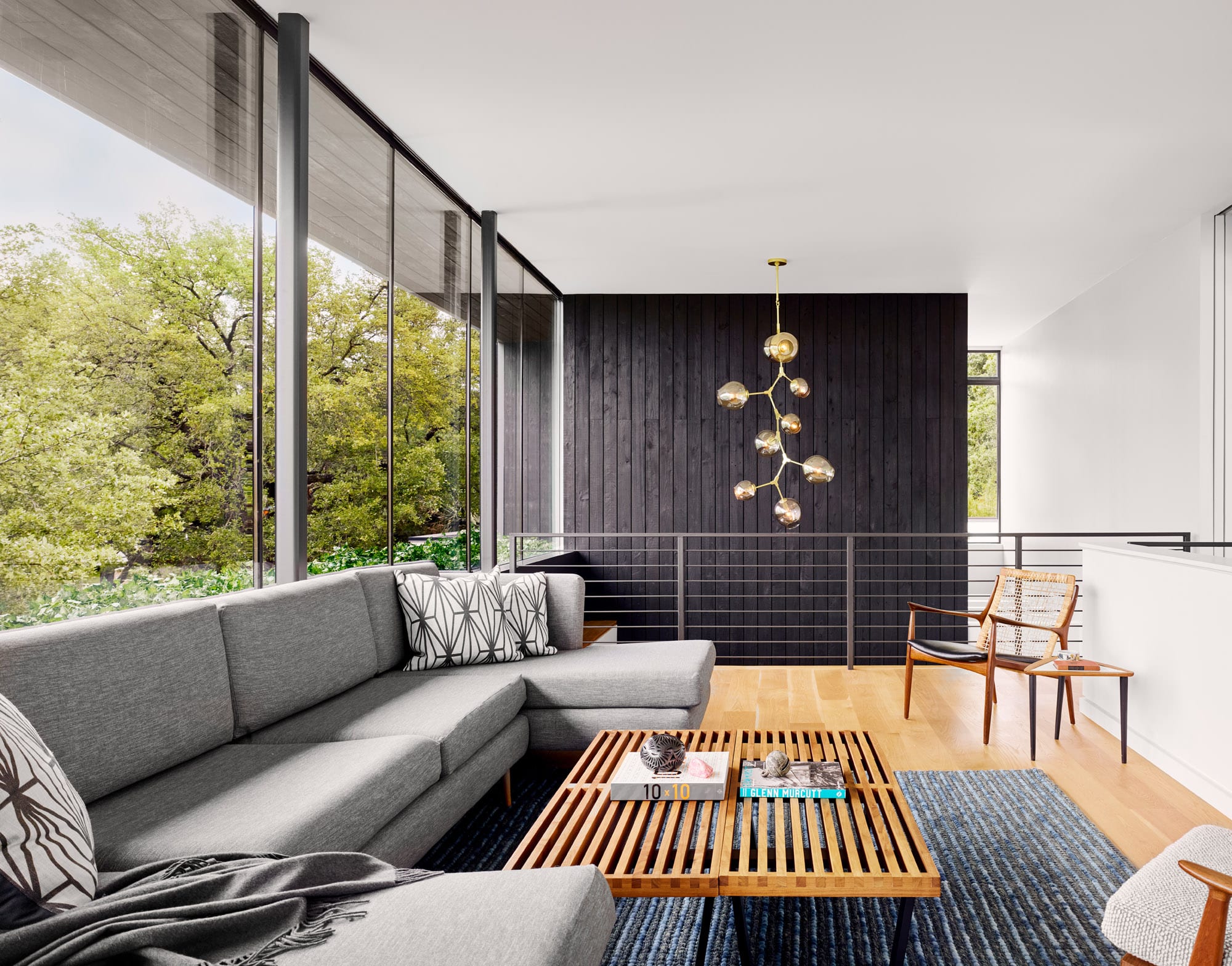 The new upper level boasts large frameless glass windows offering a view to the treescape beyond the living space. The surrounding cladding of charred cypress prevents glare and adds a textural counterpoint. 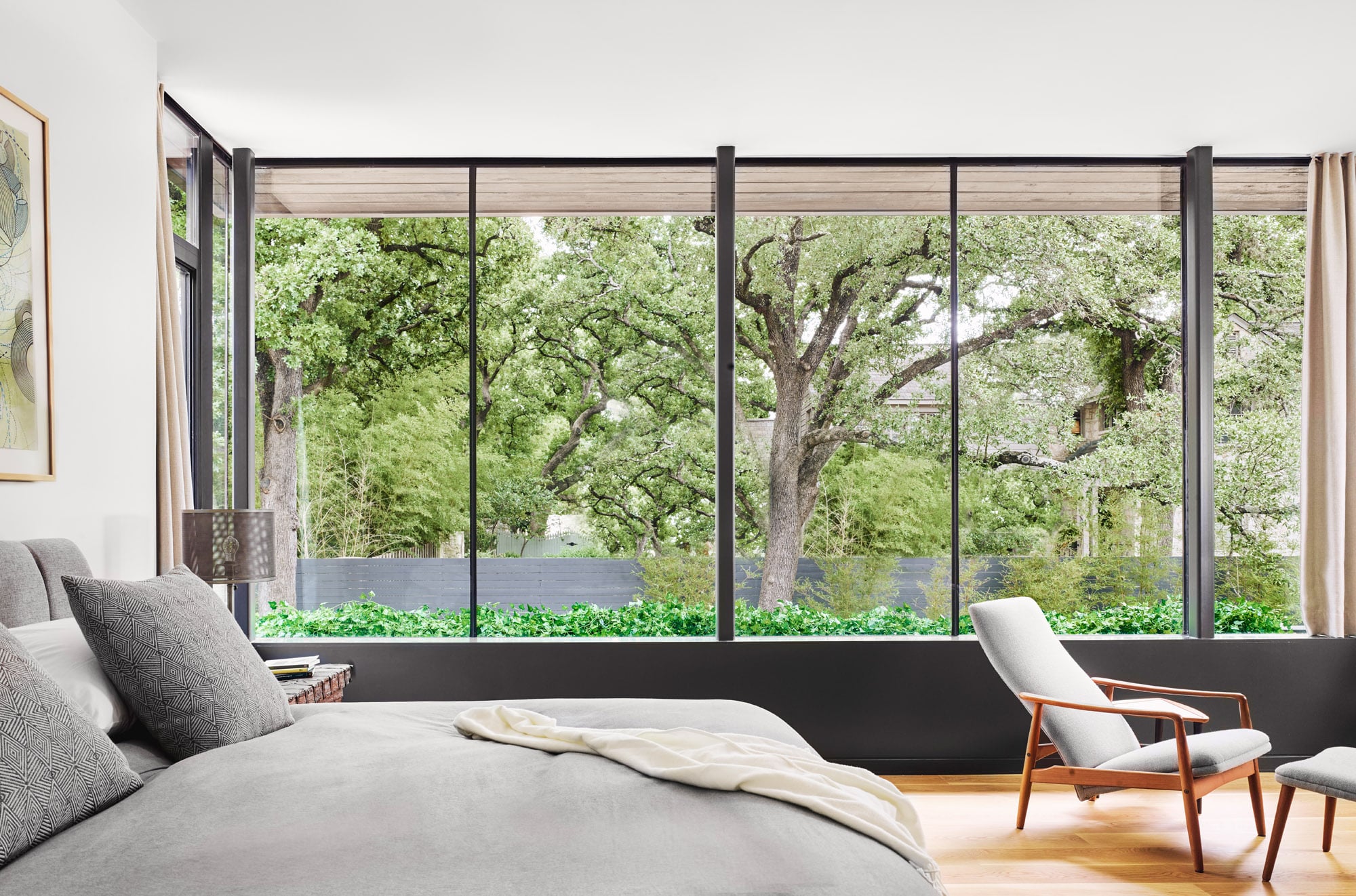 Large overhangs provide shade at all times of the day, and the cantilevered second level emphasizes the house’s horizontality, creating a stratum that is visual and expressive.

Portions of the original limestone perimeter wall were able to be featured without altering the original footprint of the house, providing interplay between various types of different surfaces. 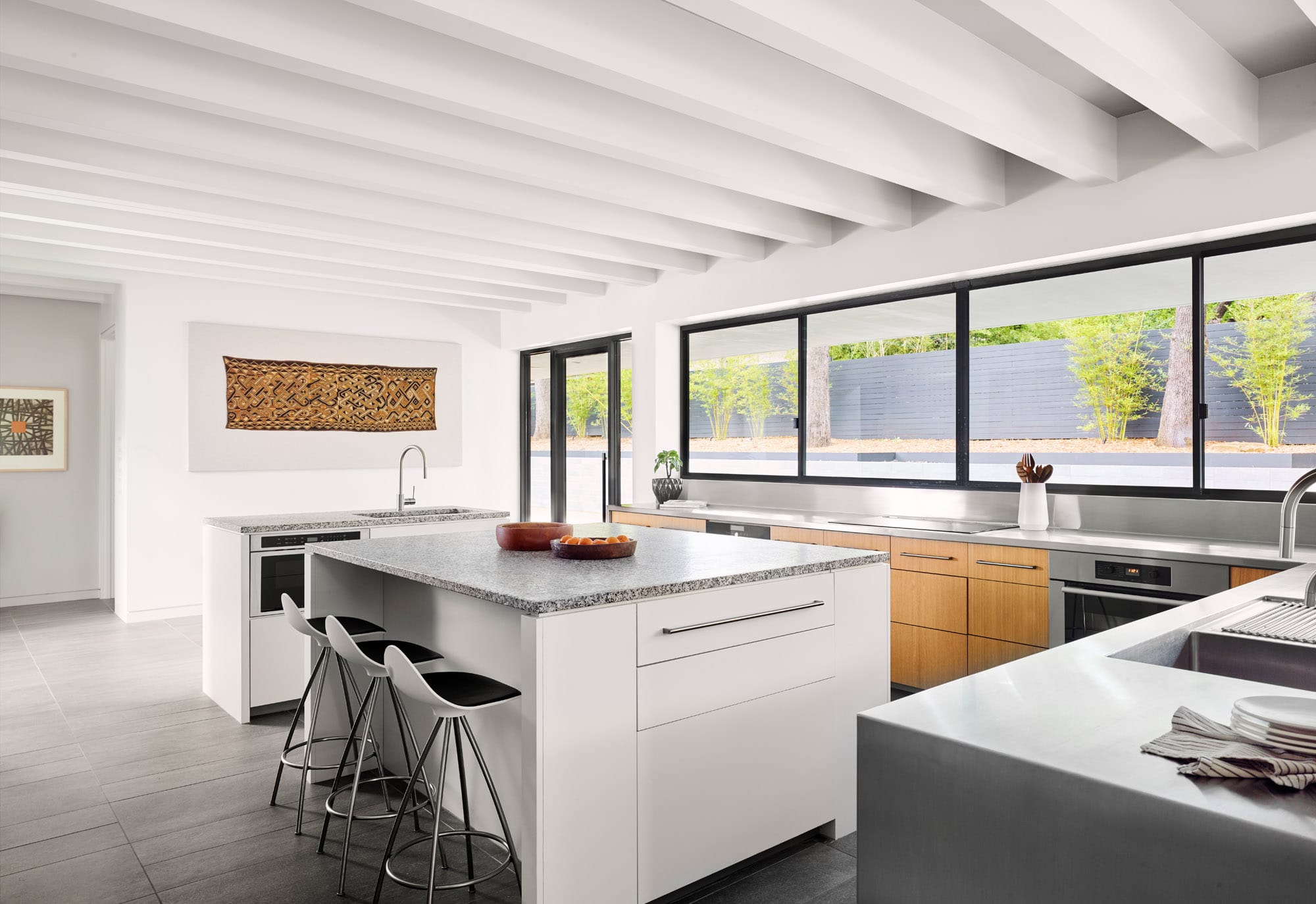 The large kitchen features countertop-height serving windows that open out to the pool terrace and entertaining area, along with several unique built-in storage and display elements. 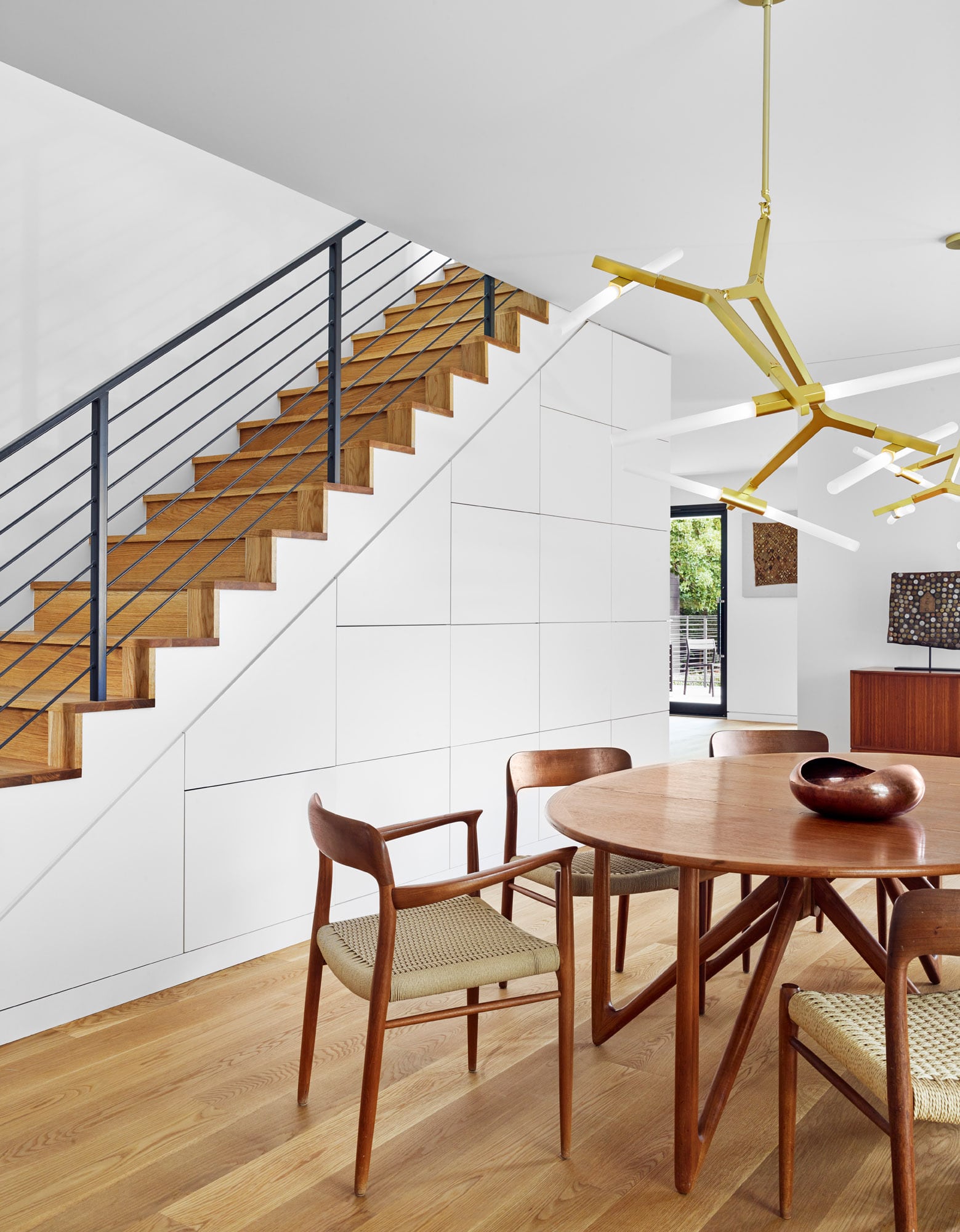 Feast for the Eyes

The home owner is a collector of vintage furniture, which fits the aesthetic of the house well and perfectly outfits the spaces throughout. Unique light fixtures like this one in the dining add visual points of interest amidst the clean, simple lines.

Founded on the vision of creating elegant, comfortable, and timeless buildings rooted in the unique environments where they exist, and shaped by the character of the people who will inhabit them, Specht Architects has been named among the top architects and featured in publications around the world.

Put your guests in a festive mood before they even cross your threshold this ... 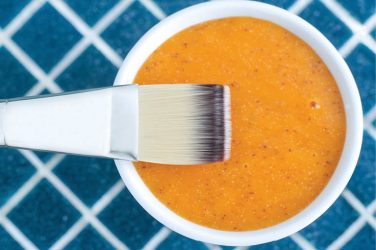 Pump It Up With Seasonal Pumpkin 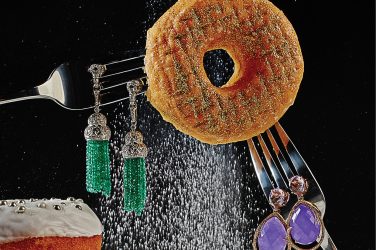 Sometimes you just need to let yourself do what feels good. Jewelry Provided by: ... 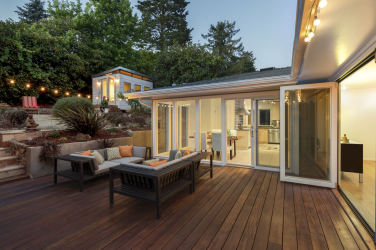 By Mimi Greenwood Knight Who wants to be stuck in the house all night ... 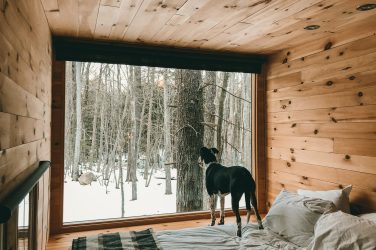 Tiny cabins that pack plenty of coziness in (a lot) less space Projects ...