Switch on the television or flip through a magazine and you’re likely to see an ad about diabetes. While it’s good to know treatment breakthroughs abound, it’s important to focus on ways to avoid getting diabetes in the first place. Diabetes is the 7th leading cause of death in the United States. A person diagnosed at age 50 dies, on average, six years earlier than someone without diabetes, according to the American Diabetes Association (ADA). It’s time to get serious about this deadly disease!

ONE IN THREE AMERICANS MAY EVENTUALLY DEVELOP DIABETES

Based on current trends, the risk of getting diabetes is alarming. Diabetes is a disease in which your blood glucose (blood sugar) level is too high. Type 2 diabetes, where the body does not make or use insulin well, accounts for the vast majority of cases. Type 1 diabetes, usually diagnosed in children and young adults, only accounts for around five percent.

STACK THE DECK IN YOUR FAVOR

The earlier you make changes through weight loss, a healthful diet, and regular exercise to avoid, slow down, or reverse type 2 diabetes, the better. Always check with your doctor before beginning any diet or exercise regimen.

GET YOUR MOVE ON 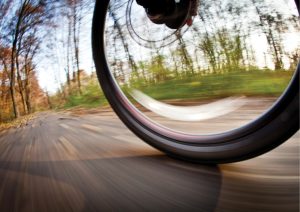 Working your muscles more often and making them work harder not only burns calories, it improves the muscle’s ability to use insulin and absorb glucose. Both aerobic and strength training exercises are recommended.

Not sure where to start? Try brisk walking at a fast pace to raise the heart rate, and strength training, which builds muscle mass. Studies show beneficial effects when people with diabetes participate in aerobic activities at least three days a week for a total of 150 minutes. The ADA recommends not to go more than two consecutive days without an aerobic exercise session. Strength training builds muscle mass, which can prompt your muscles to absorb more sugar.  Plan for resistance exercise or weight training three times a week as part of your diabetes management or avoidance plan.

TUNE UP YOUR DIET

When insulin treatment is indicated, delivery systems are improving, so you aren’t tethered to an insulin schedule. For instance, OmniPod, a small, water-resistant, tubeless insulin pump, attaches to the skin to provide continuous insulin delivery based on your needs. New methods being researched today even include a “smart” insulin patch designed to sense the blood sugar level and release insulin at the right time.