These tests aren’t just for courtrooms and police dramas anymore.

Originally introduced in 1985, a mere 30-some years later DNA testing technology is so ubiquitous that footballs, sideline pylons, and even the coin used for the opening coin toss in the Super Bowl are marked with specific kinds of synthetic, invisible DNA to prevent counterfeiting—with a 1-in-33-trillion chance of getting the genetic sequence of the thing correct.

Seeing as how we’re now using it on the gridiron, perhaps it comes as no surprise that it’s now possible to get DNA tests for some of the most beloved members of your family—your pets.

We tasked one of our Living staff members, Taylor, with putting an industry-leading Wisdom Panel 3.0 test from Mars Veterinary… to the test, via her mysterious-lineage rescue dog, Redden.

The test, which retails for about $85 from WisdomPanel.com, is about as simple to use as one could imagine—simply grab a sample of skin cells from the inside of your dog’s cheek using the two swabs provided in the kit, activate the kit online using a unique code, then drop the prepaid envelope containing the swabs in the mail and wait about three weeks to receive a comprehensive online report containing ancestry information, breed descriptions, an estimated weight profile, and more.

“I’d heard about tests like this before from my vet, but was kind of wary of doing any sorts of blood tests,” Taylor said. “I was really interested in this one because it’s just swabs, but mainly because I wanted to know what he was, being a rescue—he has a lot of different physical features. For a long while I’d just tell people that he was a Golden Retriever, though I thought he also might have been a miniature Australian Shepard.”

So, the swabs were swabbed, the test was registered, the packet was mailed, and time had elapsed—then, just like a confirmed delivery pops up on your Amazon account, Taylor had her notification and online-viewable information at the ready. The results are in!

“Golden Retriever showed up in one part of the ‘mixed breed’ results, but no Australian Shepard anywhere,” Taylor said. “Officially, he’s an Australian Cattle Dog, Border Collie, Chow Chow, Rottweiler mix. The results surprised me—especially Rottweiler, as I always had the impression of Rottweilers being bigger dogs in general, maybe black and brown, and he’s red and fluffy, which is unusual for a Rottweiler. But now that I have the test results, it’s easy to identify certain features, like his very distinctive kind of eyebrow markings that many Rottweilers have.”

The Wisdom Panel 3.0 results are presented in a very attractive, user-friendly visual format that also provides supplementary information on visual cues for different breeds and the presence of the MDR1 genetic mutation, which can impact the effects of various medications and is important information to share with your vet. The test can also detect whether your dog is purebred or not, and even give an estimated weight range. But for proud pet parents, especially of animals with unknown histories, the joy of knowing a little more about their dog is plenty.

“Pets aren’t just pets, they’re family,” Taylor said. “It’s exciting to learn more about their background in the same way you’d take an interest in investigating your family tree. The results are specific, interesting—it’s pretty amazing that we can do stuff like this.”

Though pet owners aren’t going to be opening up a brand new Jurassic Park full of mini-Fidos any time soon, it’s remarkable how far the accessibility of DNA testing technology has come for the average person in the last 30 years. Maybe in another 30 years we’ll all be using that invisible Super Bowl DNA to prevent people from counterfeiting particularly premium pets. For now, though, the present sure feels a lot like the future.

Board certified orthopedic surgeon, Todd Johnson, knew he wanted to pursue a career in ... 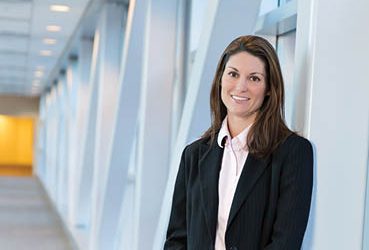