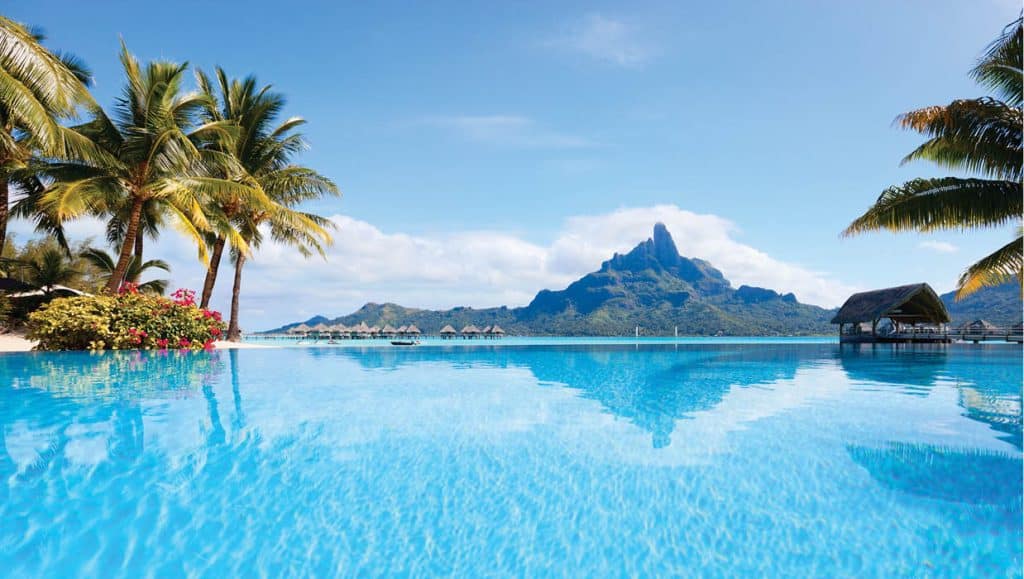 One of the dreamiest destinations on the planet, Bora Bora lives up to its reputation as an earthly Eden. It’s a place to frolic, embrace romance, and totally escape reality. And that’s the point—you can completely unravel and discover an almost surreal level of inner serenity in Bora Bora. From the moment I arrived until we parted ways, the island captivated my senses by day and peacefully lulled me to sleep under a blanket of brilliant stars by night.

Unrivaled Tranquility in the South Pacific

Flying to Bora Bora on a turbo prop from neighboring Tahiti set the opening scene for my tropical escape. I grabbed a seat on the left side of the plane, which gave me an ideal view of the island as we approached. As thrilling as it was to land at the tiny airport on a narrow strip surrounded by water, descending the stairs from the plane onto the runway whisked me back in time. I imagined being one of the island’s first wide-eyed travelers who arrived carrying a suitcase adorned with stickers from around the world.

An overwater bungalow stay was a must after traveling nearly 5,000 miles from Texas to French Polynesia. Just outside the airport, a ferry awaited at the dock to transport me into the lagoon and to the resort. Most luxury resorts have their own motu (reef islet), with guest bungalows and thatched roof villas perched over the water on stilts. Luxe bungalows come with a private veranda and stairs to the crystal-clear water where you can take a leisurely dip.

I chose to stay at the St. Regis and splurged on a premier villa. It came with a private terrace and gazebo, whirlpool, and daybed—perfect for lazing around in the late afternoon as tropical scents of plumeria and coconut oil wafted through the air. The hotel and bungalows were even more spectacular than I had imagined. The blend of the natural outdoor world with the comforts and convenience of a luxury suite created an experience that was at one with nature yet incredibly indulgent.

Travelers from around the globe are mesmerized by Bora Bora’s crystalline, neon-lit turquoise lagoons, tangerine sunsets, and slices of soft white sand. In the middle of it all, surrounded by a necklace of sand-fringed reef islets, an extinct volcano with lush slopes rises out of the lagoon, jaggedly piercing the sky at 2,385 feet. Paradise doesn’t get any more exotic than this.

Getting Around the Island 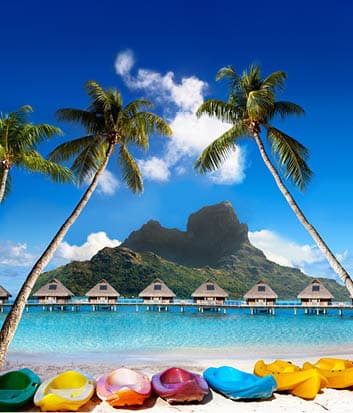 I was tempted to never leave the resort and its pampering spa services, fine dining, and swimming literally at my doorstep. Yet, after a couple of days of decompressing, I was ready to set out and explore the 20-mile loop that hugs the verdant hills beneath Mount Otemanu.

You can rent a car, hire a taxi, or investigate the island’s nooks and crannies by taking a 4×4 jeep “safari,” but the very shape of the island lends itself perfectly to a fun biking trip. I rented a motorized bicycle in Vaitape (Bora Bora’s largest village) so I could see how and where the locals live, and take in the island vibe up close and personal. There were several places to stop along the way, including Bloody Mary’s, located on the southern part of the main island. With a thatched roof and sand floors that have entertained the likes of Goldie Hawn, Ringo Starr, and Dennis Quaid, the atmosphere was touristy yet chill, with a hint of Polynesian kitsch thrown in. The fresh char-grilled fish was amazing, and let’s just say Bloody Mary’s knows how to mix up a mean Mai Tai!

At the end of my cycling trip, I walked around Vaitape for a while, which is lined with pearl shops, souvenir stalls, and some cafés. Vaitape, for me, seemed to be more functional than charming, but I used the opportunity to pop into a market and pick up some extra sunscreen and SPF lip balm.

Speaking of sunscreen (which you will need plenty of), Bora Bora is mainly comprised of water activities—snorkeling, kayaking, sailing, paddle boarding, jet skiing, and scuba diving. After consulting with St. Regis’ concierge desk, I booked a glass-bottom boat tour around the lagoon. It provided a great view of underwater life from a different vantage point, and Mount Otemanu from various angles.

As someone who loves to hike—and since I was there in the dry season—I also decided to take a three-hour tour of the Valley of Kings. The guide on this easy-going ethnobotanical walk led our small group along old pathways to explore the remnants of ancient villages and ceremonial religious sites. Along the way he explained how Polynesians used plants in their traditional medicine, and offered up plenty of interesting historical tidbits.

So Long, but not Good-Bye

As my sojourn in paradise came to a close, I briefly schemed on how I might stay and make a living in Bora Bora. Coming to my senses, I decided instead to just make a pact to return someday soon. Mauru’uru (thank you in Tahitian), Bora Bora, for enriching my life. 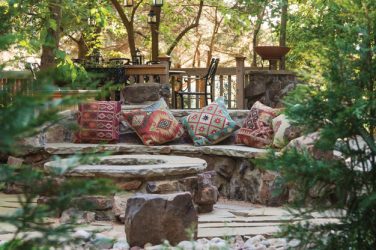 Welcome to the Shady Side

By Pamela Hammonds Any good Texan appreciates the value of a shady place in ... 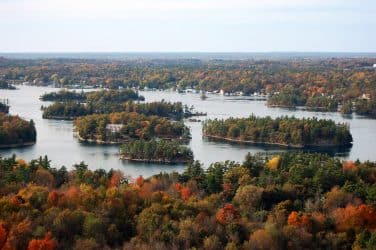 1,864 islands that offer all the shoreline satisfaction you could ever ask for    ... 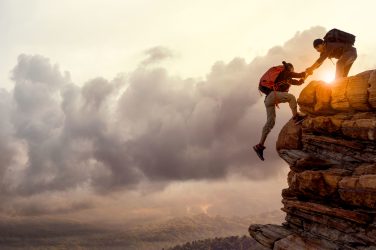 How to Confront Anxiety

Not to Worry     While anxiety can cause you to worry yourself sick, ... 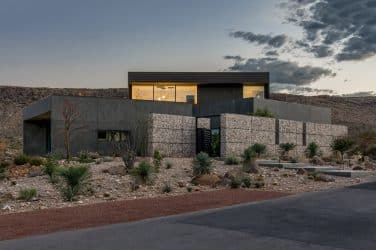 Blossom By The Arroyo 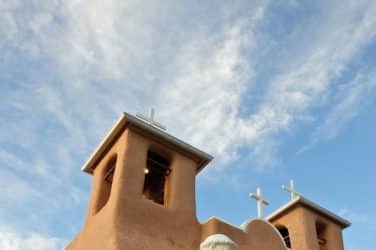