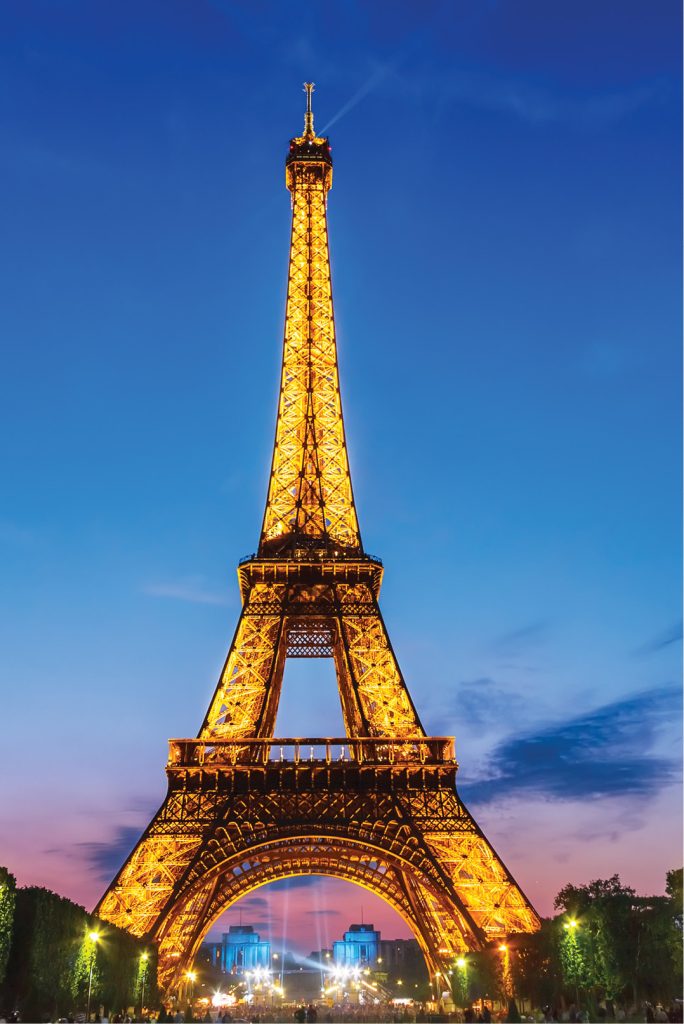 I took a deep breath and gazed up at the landmark France’s capital has been known for since the 1889 World’s Fair. The iron latticework looked like lace against the night sky. And then it began to sparkle. Hundreds of lights twinkled on and off making it seem as if the Eiffel Tower had been sprinkled with fairy dust.

“Not bad for our first night in Paris,” I said, gripping my husband’s hand in excitement.

Paris. The city of lights, the city of love. It’s a destination that beckons with its romantic aura, rich history, and vibrant culture. Sure, it’s possible to tack on a couple of days in Paris to an extended European trip, but why would you? One could spend a month and still have places to explore. Allow yourself at least five nights, knowing that as soon as you leave you’ll be planning a return trip.

Whether it’s your first or thirty-first trip to Paris, the merits of being centrally located can’t be overstated. Set behind a magnificent 20th century façade on the famous Rue La Fayette, and just a four minute walk from the Opéra Métro station, is The Hotel Banke, an opulent boutique hotel brimming with unique flair and a friendly staff. Housed in a former bank, hence the name, the decor pays homage to the building’s history without being cold or impersonal.

From the minute I entered the lobby, I was struck by the magnificent crystal-domed ceiling that illuminates a large mosaic floor. A dramatic spiral staircase leads to beautifully decorated rooms that bring Haussmann styling into the 21st century, while display cases on each floor show a fabulous collection of treasures from various world civilizations.

Just a few minutes from Place Vendôme, the Galeries Lafayette, and the rue du Faubourg-Saint-Honoré, Banke Hotel is ideally placed for a serious shopping trip. Another advantage to its prime location, one can catch a train at the nearby Opéra or Le Peletier Métro stations and get to all the major sites in Paris without having to set foot in the massive Gare du 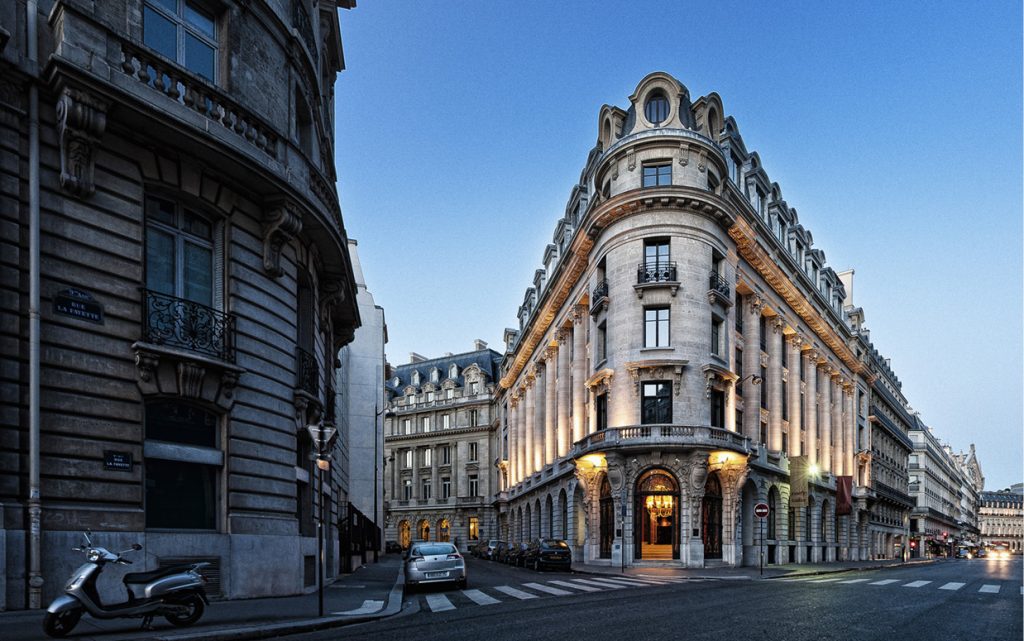 Nord station, notorious for its high number of pickpockets ready to take advantage of distracted tourists.

Every staff member at the Banke Hotel converses easily in English, as do the majority of people we encountered in the Opéra district. So for folks who did their French language study on the plane like I did, it can be a relief to get a smile and nod in response to asking, “Parlez-vous anglais?” after one has exchanged polite bonjours.

Try booking through Small Luxury Hotels of the World (SLH.com) and join their club program to receive a free room upgrade, when available, and complimentary breakfast. 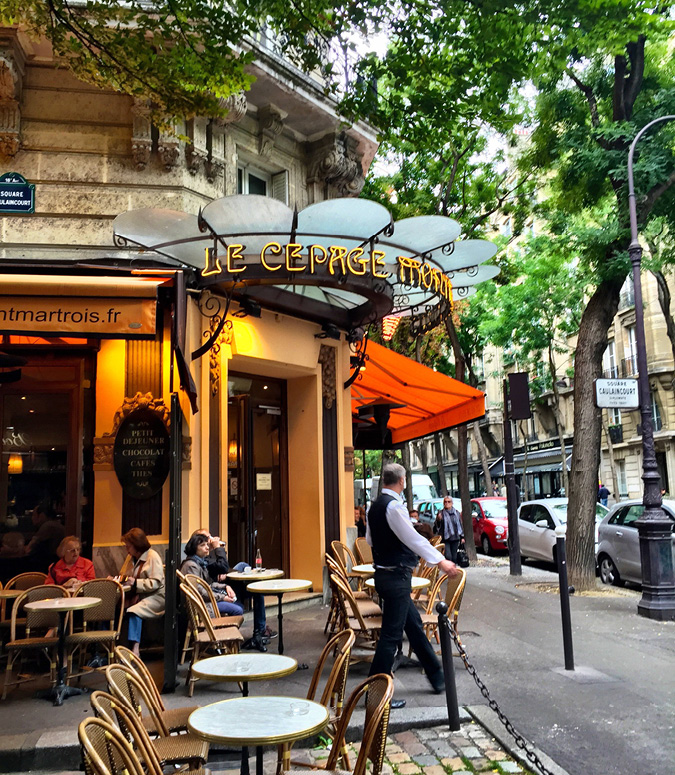 “Where should we eat?” I asked my friend Julian, a Paris native.

He responded with that quintessential French utterance that is equal parts huff, snort, and laugh. “Hurrmph. It is Paris. All the food is good. Everywhere.”

He wasn’t kidding, but also wasn’t very helpful. People say they are “eating their way through Paris” for a reason, and for those of you who at least want a starting point I suggest the following: 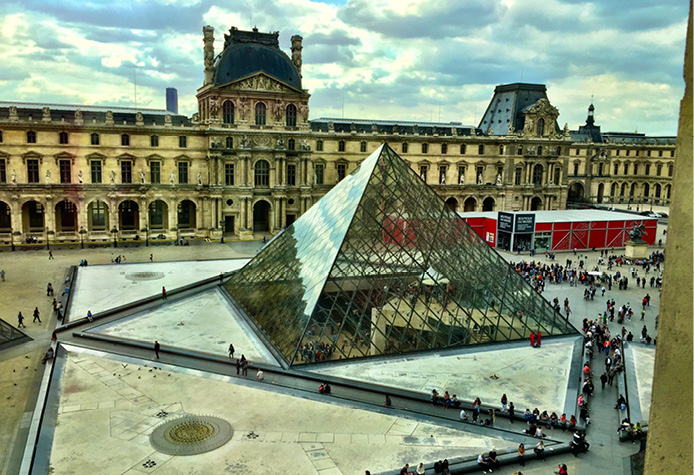 I woke my husband early our first morning in Paris, not just because of the time difference, but because I wanted to be at the Notre-Dame Cathedral for Sunday mass. As we strolled up to the massive, thousand-year-old structure, the bells began to ring. If that wasn’t enough to give me goose bumps, when we entered the church for mass, the choir and organ began to play. The music bounced off the ancient stone interior as it has done for hundreds of years, bringing many around us to quiet tears of awe and respect. It’s virtually impossible to put together a comprehensive guide of all one could see and do in Paris, but a visit to Notre-Dame should top the list. Other suggestions include:

On our last evening in Paris, I set to work nestling bottles of wine between layers of clothes in my suitcase. All the while I was wondering if customs would notice the baguette I was planning to smuggle home (they didn’t). I turned to my husband and mused aloud, “Five nights just isn’t enough.”

“How long would be enough?” he asked, fully accustomed to my wanderlust spirit.

Story and Photos by Abby Hoeffner